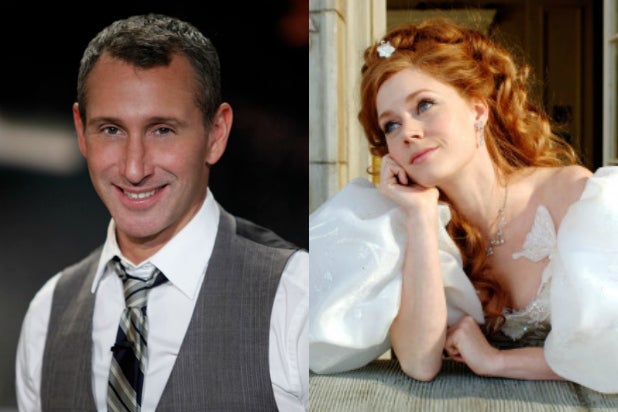 Currently titled “Enchanted 2,” the followup to the 2007 musical fantasy film is expected to see the return of Amy Adams in her leading role as Princess Giselle.

Disney plans to start production before next summer, according to sources close to the project.

Both Adams and original cast mate James Marsden (now on HBO’s “Westworld”) have expressed their desire to return to an “Enchanted” sequel. “I don’t understand why they never did it,” Marsden told E! in 2011. “It was a very successful movie.”

“Enchanted 2” takes place 10 years after “Enchanted,” as Giselle finds herself questioning her happily ever after, accidentally triggering events that make everyone’s lives turn upside down in both the real world and in the animated kingdom of Andalasia.

Also Read: Disney World to Close Due to Hurricane Matthew

Anne Fletcher had previously been attached as director of the sequel, which Disney has been developing since 2010.

Shankman has worked on several Disney-distributed comedies — “Bringing Down the House,” “The Pacifier,” and “Bedtime Stories.” His experience with musicals “Hairspray” and also 2012’s “Rock of Ages” makes him an appropriate choice.

Shankman is represented by UTA and Bloom Hergott.