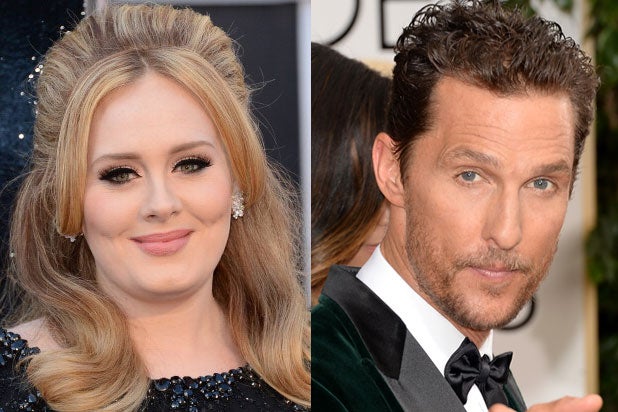 “Saturday Night Live” has a superstar lineup in store for fans on Nov. 21.

The episode will be McConaughey’s first time back in over a decade, while Adele swung by Studio 8H in 2008.

Also Read: Ben Carson Says He Won't Do 'SNL' Because Running for President 'Is a Very Serious Thing'

Her performance will come just a day after her highly anticipated new album, “25,” goes on sale on Nov. 20.

McConaughey has a string of new movies on the way. Civil War drama “The Free State of Jones” is due out in May, while his fans can also expect to see him in “Gold” and Gus Van Sant‘s next drama, “Sea of Trees.”

“SNL” is currently in its 41st season. The show is executive produced by Lorne Michaels and  produced in association with Broadway Video.