The untitled multi-camera comedy starring Alec Baldwin and Kelsey Grammer is not moving forward at ABC, TheWrap has confirmed.

The untitled series, written and executive produced by “Modern Family” alums Chris Lloyd and Vali Chandrasekaran, was picked up to straight-to-series in November. ABC execs opted not to move forward with the project after the pilot episode was filmed and cut.

The studio behind the series, 20th Television, will shop the project to other networks and streaming services. 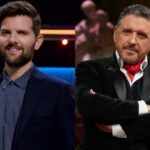 The comedy stars Baldwin, Grammer and “Ugly Betty” and “Desperate Housewives” alum Alec Mapa as three men who were roommates in their twenties until their warring egos drove them apart. The trio reunites decades later for one more run at the lives they’ve always wanted.