Amber Heard has said the defamation verdict against her took away her free speech – but she had her say this week on NBC’s “Today” in a two-part sit-down with Savannah Guthrie, re-affirming claims of abuse at the hands of Johnny Depp and doubling down on the theory that social media turned the jury against her.

“To my dying day, (I) will stand by every word of my testimony,” Heard said in the first part of the interview that aired Tuesday on Today. Part two is due on Wednesday on NBC.

To her credit, Guthrie didn’t go easy on Heard, taking her to task for the credibility issues the jury obviously had with her side of the story. Heard’s lawyers said they thought the overwhelming support for Depp – and disdain for his ex-wife – on social media found its way to the jury’s eyes, ears … and votes.

“The vast majority of this trial was played out on social media,” Heard said. “I think that this trial is an example of that gone haywire, gone amok.” 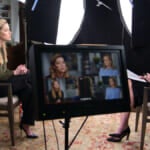 Guthrie asked whether Heard thought the jury of seven – instructed nightly not to look at anything about the case – was influenced by the daily wave of online scorn and ridicule.

“How could they not?” she said. “I think even the most well-intentioned juror, it would’ve been impossible to avoid this.”

She suggested that even if jurors avoided the internet, it would’ve been impossible to get to court without sensing what was going on: “Every single day I passed sometimes six city blocks with people holding signs saying ‘Burn the Witch’ and ‘Death to Amber.’ … Every day I saw a courtroom full of Captain Jack Sparrow fans.”

Guthrie at one point said out loud what any reasonable person might quietly think: that neither side has honor in any of this.

“I would not blame the average person for thinking … this is just Hollywood brats at their worst,” Heard replied.

Guthrie pressed on the issue of who abused whom, as Depp’s lawyers painted their client as the victim of vicious verbal and physical attacks. She grilled Heard about audio of her own words played at trial, in which she admits to attacking Depp physically.

“Yes it is,” Heard said without hesitating.

It wasn’t quite clear what legal protections Heard might have now to speak out publicly against Depp, or whether doubling-down on her abuse claims in the media could further expose her legally. Her lawyers – who would traditionally clear her to give such an interview and retain the power to approve it – say they plan to appeal the verdict. 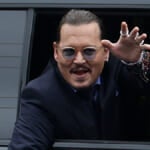 Also Read:
Johnny Depp Won on Facts, Evidence and a ‘Connection’ With the Jury, His Lawyers Say

The jury’s verdict, which found both parties liable, was reached June 1 in a Virginia court after the panel spent three days deliberating over more than six weeks of grueling, emotional and highly contradictory testimony in a case focused on a Washington Post op-ed written by Heard.