A biopic on the final days in the life of actress, model and Playboy Playmate Anna Nicole Smith called “Hurricanna” is in the works and being presented to buyers at the European Film Market.

Francesca Gregorini, a director on “Killing Eve,” is set to direct the feature based on a script by Rachel and Matt Sarnoff. The film will focus on Smith’s final days as she embarks on a 36-hour odyssey with her therapist, leading up to the model’s death.

Earlier on Monday, TheWrap reported that “GLOW” actress Betty Gilpin was in talks to star as Smith in the film, but an individual close to the actress says she’s now no longer in discussions, citing scheduling issues. Holly Hunter remains in discussions to portray Smith’s therapist Khristine. 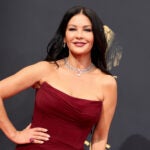 Sierra/Affinity is handling international sales and will make the movie available to buyers for the first time at the upcoming 2022 European Film Market in Berlin.

Rory Koslow of Well Told Entertainment, Cassian Elwes of Elevated and Gregorini will serve as producers on “Hurricanna.” The film’s executive producers are Jere Hausfater, Rachel Sarnoff, and Matt Sarnoff.

Anna Nicole Smith blew up in popularity when she won Playmate of the Year from Playboy in 1993, and again when she had a highly-publicized marriage to 89-year-old billionaire J. Howard Marshall. As an actress she appeared in “The Hudsucker Proxy,” “The Naked Gun 33 1/3: The Final Insult” and other projects. And she died in February 2007 of what was ultimately ruled an accidental drug overdose. 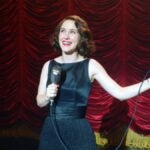 Hunter recently starred on “Mr. Mayor,” “Bless the Harts” and “Succession,” and she had a memorable turn on the big screen in 2017 with “The Big Sick.”

Hunter and Gregorini are all represented by ICM Partners.

For the record, a previous version of this story misspelled the film’s title.