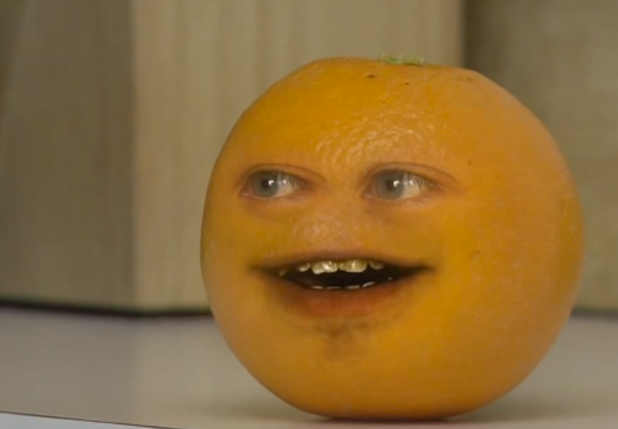 The Annoying Orange is transforming his YouTube channel into an online TV network.

One new show, “The Misfortune of Being Ned,” debuts Wednesday while another, “Gusto Rules,” will appear in January, the Collective Digital Studio announced Tuesday. CDS represents many of the top channels on YouTube, including Annoying Orange, Freddie Wong and Epic Meal Time.

The goal with these shows is to give the channel’s 3.3 million subscribers more reasons to return on a regular basis – and to expand its viewership if possible.

“Our expansion of the Annoying Orange channel marks the first steps toward evolving the channel into the go-to hub for animation programming that everyone can enjoy,” Boedigheimer said in a statement.

Oh, and there’s another incentive – to persuade advertisers to spend more.

One of the biggest challenges for companies and creators on YouTube has been convincing advertisers to pay a higher rate when there is no scarcity. When advertisers look on YouTube, they see millions of channels that look the same.

Offering regularly scheduled programs, like a TV network, creates scarcity. Advertisers who want to reach a specific audience will pay more for spots on Annoying Orange’s channel if it can be certain that a specific group will tune in every day.

The announcement on Tuesday acknowledges as much, noting that the channel “will feature a programming schedule similar to those seen on network television with shows airing on a regular cycle.”

Boedigheimer is one of the biggest success stories from the early years of YouTube, a personality who not only has a large following on YouTube but has extended his reach to traditional media.

He has a TV show on Cartoon Network and held onto the rights to Annoying Orange, enabling him to grow his brand on YouTube while reaping the benefits of a TV show. Yet that YouTube channel still doesn’t make as much money as he or his partners at the Collective would like.

That’s why channels of Annoying Orange, Freddie Wong and EpicMealTime will start looking a whole lot more like TV.