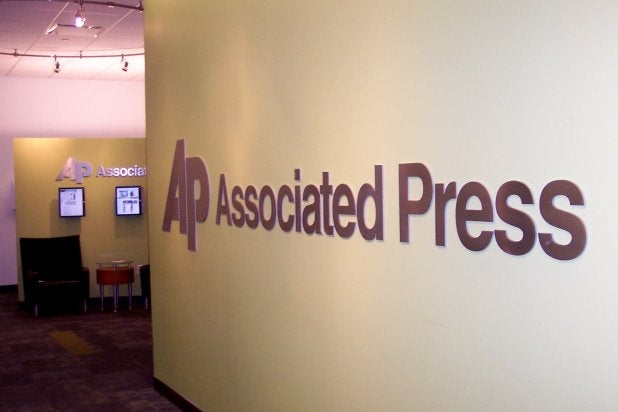 The Associated Press came in for criticism on Tuesday over a “both sides” tweet blaming both Donald Trump and Democrats for the government shutdown.

“AP FACT CHECK: Democrats put the blame for the shutdown on Trump. But it takes two to tango. Trump’s demand for $5.7 billion for his border wall is one reason for the budget impasse. The Democrats refusal to approve the money is another,” the Twitter message said.

The tweet came in the spirit of fact checking that took over the national media Tuesday evening in the run-up to President Trump’s first Oval Office address to the nation. On CNN, MSNBC and elsewhere, pundits and talking heads engaged in a frenzy of fact checking false claims they expected Trump to make during his remarks before the president even uttered a word.

In his speech, Trump used the address to reiterate the need for border security and a wall with Mexico. Funding for the long promised barrier is currently at the center of a government shutdown, now in its third week. The president has demanded more than $5 billion in funding; congressional Democrats have refused with Speaker Nancy Pelosi calling the wall an “immorality.”

The famously nonpartisan Associated Press angered liberals on the platform with their attempt to pin blame on Democrats, with AP Dinged for ‘Takes Two to Tango’ Tweet Blaming Democrats and Trump for Shutdownleading the charge.

“It literally does not take two to tango on this. The House and Senate have both passed $1.6 b bills. Trump could just accept them. Terrible tweet,” she said.

“The more you re-read it, the funnier it gets,” NYU journalism professor Jay Rosen said in another tweet (which was retweeted by Washington Post media columnist Margaret Sullivan).

And it went on from there.

“The tweet was intended to point out that Democrats have refused to accede to President Trump’s demands, which preceded the president’s decision to refuse to fund the government without wall funding included,” a rep for the Associated Press told TheWrap in way of explanation.

It literally does not take two to tango on this. The House and Senate have both passed $1.6 b bills. Trump could just accept them. Terrible tweet https://t.co/TtkwymEfjC

Dallas Morning News just laid off 43. The Plain Dealer is cutting 29 Guild newsroom jobs. Those of us lucky enough to still work as journalists must avoid false equivalences in this time of crisis. We earn or betray the public's trust one story – and one tweet – at a time. https://t.co/bkog1fXhRw

AP FACT CHECK: Democrats put the blame for the shutdown on Trump. But it takes two to tango. Trump's demand for 100% of what he wants or nothing is one reason for the budget impasse. Democrats' insistence on giving him only some of what he wants, and not all of it, is another. https://t.co/3xDwPqxEp7

"The frog puts the blame for the drowning on the scorpion. But it takes two to tango. The scorpion's stinging the frog to death with its poisonous barb is one reason for the kerfuffle. The frog's swimming with the scorpion on its back is another." https://t.co/rTESZ3rKdd