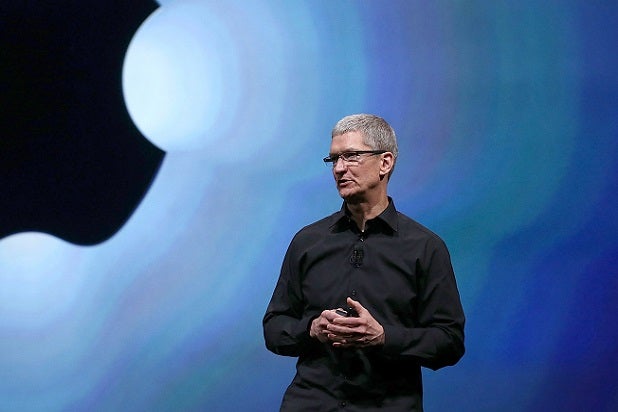 Hollywood stars that suffered through the leak of intimate photos earned a quasi mea culpa from Apple CEO Tim Cook.

Speaking with the Wall Street Journal, Cook said that the company was working to add alerts and push notifications when someone’s iCloud account is being accessed in an attempt to change its password or send data to a new device. Actresses such as Jennifer Lawrence and Kate Upton had personal photos — some of the nude variety — stolen from their iCloud accounts and posted online over the weekend, leading to international headlines.

Apple has said that the problem wasn’t a matter of their security systems, but more a matter of how they’re used by customers.

“When I step back from this terrible scenario that happened and say what more could we have done, I think about the awareness piece,” he said. “I think we have a responsibility to ratchet that up. That’s not really an engineering thing.”

Cook also said that the company would work to emphasize and spread two-factor authentication, which helps secure accounts from prying eyes and hackers. As one publicity executive told TheWrap this week, PR firms have tried to convince clients to use the security strategy, but few had adapted it before the leaks went public.

“We’ve always recommended that our clients use two-step [password] authentication, but I don’t think anybody necessarily understood what that was until this weekend,” the exec told TheWrap. “People need to be smarter about what their passwords are; I’m sure clients of ours have passwords that are their dog’s name plus 1-2-3-4-5, and if you’re famous, it’s easier for some to guess those things since all your information is out there.”

Multiple publicity executives have told TheWrap that they were preparing guides for two step authentication for their clients in the wake of the leaks.

Apple has already acknowledged its role in an investigation in the incident.

“We want to do everything we can do to protect our customers, because we are as outraged if not more so than they are,” Cook added.