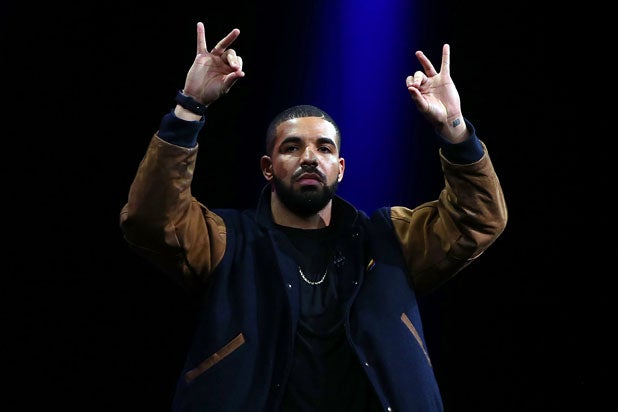 CEO Tim Cook joined Beats co-founder Jimmy Iovine on stage to unveil the tech giant’s anticipated competitor to services like Spotify, Rdio and Pandora, a move TheWrap first reported on last week. The service will launch on June 30 and cost $9.99 per month.

“In 2015, music is a fragmented mess,” Iovine said during the presentation. “If you want to follow artists, there’s more confusion for that. Can we build a bigger and better ecosystem, with the elegance and simplicity that only Apple can do? I’m going to introduce you to Apple Music.”

The service will integrate a number of functions, including on-demand streaming, live radio, downloads and additional capabilities outlined during the presentation.

“There needs to be a place where music can be treated less like digital bits but more like the art it is, with a sense of respect and discovery,” Reznor said.

Hip-hop artist Drake also took the stage to discuss the app’s Connect service, which purports to give artists a platform for engaging fans. “This is something that simplifies everything for the modern musician like myself and the modern consumer like you,” he said. The function will aggregate artists’ social media updates from Facebook, Twitter, Instagram and the like in a single interface, offering an independent commenting platform where listeners and musicians can communicate.

The app also has a “For You” feature within its My Music section, which offers artist recommendations and radio playlists curated by “the most talented music experts from around the world,” according to Apple, and includes access to “tens of thousands” of ad-free music videos.

With its acquisition of Beats Music and its parent company for $3 billion last year, Apple already has 303,000 streaming subscribers it will eventually migrate to the new service.

However, Apple reportedly intends to let the new streaming service tempt users away from its download sales, which average only about $30 a year per customer.

Also Read: How Apple's Media Partners Prepped for the Launch of the Apple Watch

The new streaming service could mean trouble for Jay Z’s Tidal, the streaming service originally run by Swedish company Aspiro, but purchased by the hip-hop mogul for $56 million and relaunched in March. Since then, his subscription-only service has been besieged by branding problems, bad press, layoffs and the departure of CEO Andy Chen.

Apple Music will offer a family price point that allows up to six users access to the app for $14.99 per month. Launching initially on iPhones, Apple Music will be available on Apple TV and Android phones in the fall.

Live performances at the event included the Weeknd’s debut of its new single “Can’t Feel My Face.”