The Jan. 21 show nabbed a 0.98 in the 18-49 demographic, per Nielsen figures. It was also the second most-watched episode of the season with 4.8 million viewers behind the Steve Martin and Martin Short-hosted episode in early December 2022.

That episode also featured musical guest Brandi Carlile, as well as surprise appearances with “Only Murders in the Building” co-star Selena Gomez and “Succession’s” Kieran Culkin, and yielded 5.1 million viewers. 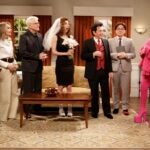 Per the network, the episode was up 30% in the demo and 13% in total viewers from the fourth quarter average. On Peacock, the episode was second only to Dave Chappelle’s show, on Nov. 12, but combined with digital platforms, Plaza’s won out.

Overall, Season 48 of “SNL” is currently the No. 1 on broadcast entertainment program in the 18-49 demo for live plus three-day viewing. The show also won the 2022 Emmy Award for Outstanding Variety Sketch Series, and is the most Emmy-nominated series in television history. It currently holds 93 Emmy wins (including awards for its specials and short-form series).

“Saturday Night Live,” which airs on NBC at 11:30 p.m. ET, is produced in association with Broadway Video, from creator and executive producer Lorne Michaels. Its upcoming episode will feature Michael B. Jordan and musical performer Lil Baby. 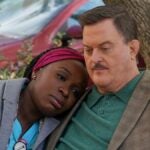