The original series — co-created by Gina Yashere — will join the network’s top comedies “Young Sheldon,” “Ghosts” and “The Neighborhood,” which have previously been renewed for another season.

The Monday night comedy starring Billy Gardell and Folake Olowofoyeku has averaged 5.99 million viewers per episode in its fourth season, which total viewership has increased to more than 6.9 million. The series follows the romantic journey of sock businessman Bob Wheeler (Gardell) and cardiac nurse Abishola (Olowofoyeku) as the two find love within their various differences.

Not only have the characters have one each other hearts, they’ve stolen the admiration of African American viewers, as its sits as TV No. 2 comedy among the demographic.

“Bob Hearts Abishola,” produced by Chuck Lorre Productions in association with Warner Bros. Television, airs Mondays at 8:30 ET/PT on CBS. The show is also available to stream live and on-demand on Paramount+. 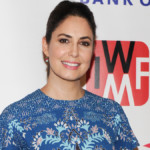