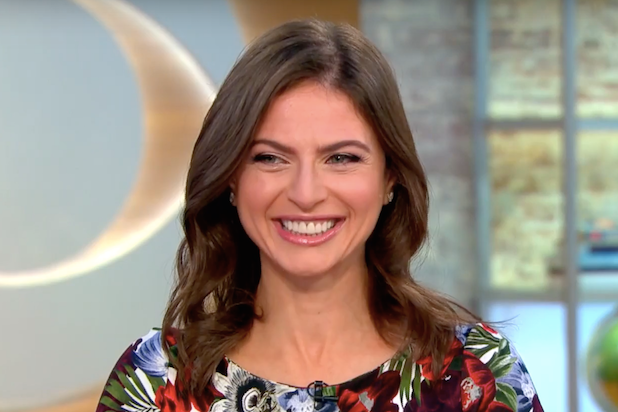 CBS reporter Bianna Golodryga has been named a co-host of “CBS This Morning,” the network announced in a statement Wednesday. She will join up with the show’s current hosts Gayle King, Norah O’Donnell and John Dickerson.

“Viewers know us as the real news destination in the morning – which is why Bianna is the perfect addition to our team,” said CBS News president Davis Rhodes. “We are so fortunate to have her curiosity and global perspective on every broadcast of ‘CBS This Morning.”‘

Golodryga has long been a fixture of the show, with her reporting appearing there frequently. She has also previously served as a guest host.

“CBS has the best morning news team in the business,” Golodryga continued. “It’s an honor to be joining Gayle, Norah and John and everyone at CTM as we continue to do what CBS News does best – reporting on issues that matter to our viewers, along with enterprising, smart and objective storytelling.”

Coordinated with network release, the news was also announced live on set at “CBS This Morning”

The Golodryga news is the biggest change to the show since John Dickerson was brought in to replace Charlie Rose back in January. Rose, who spent years at the helm was ousted from the network after a #MeToo scandal detailing several specific allegations of sexual misconduct against him was published in the Washington Post in November 2017.

Rose and his iconic “Charlie Rose Show” were also promptly dropped by their distributors at PBS and Bloomberg TV. Rose has since largely disappeared from public life.