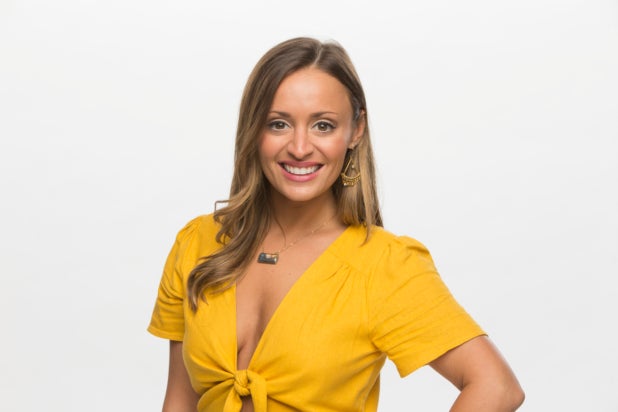 Days after CBS promised there would be “future consequences” for inappropriate behavior on “Big Brother,” another season 20 housemate had a serious lapse in judgement during the show’s 24/7 online feed Thursday night.

In the feed, which was captured by TMZ, Kaitlyn Herman used the N-word in a conversation with two other houseguests. Herman was repeating a line from Drake’s “0 to 100” song when she said, “I did got zero to 100 n—-, real quick.” In the video, Herman appears to quickly realize her mistake as her voice trails off to almost a whisper.

Herman’s gaffe comes just two days after CBS addressed two prior instances of “inappropriate behavior and offensive comments” during the filming of the reality show’s 20th season. On Tuesday, the network promised “future consequences” should the behavior continue.

Earlier this week, two cast members, Angela Rummans and Rachel Swindler, were seen using racially offensive language on the show’s 24-hour live cam. In the footage, Swindler and Rummans used the term “Ghetto” to refer to their skin color. Swindler also compared her tan to the skin tone of her African-American roommate, Bayleigh Dayton, during the conversation.

“‘Big Brother’ is a reality show about watching a group of people who have no privacy 24/7 — and capturing every unfiltered moment and conversation in their lives. At times, the houseguests reveal prejudices and exhibit behavior that we do not condone,” said CBS in a Tuesday statement, after houseguest JC Mounduix was captured by live-cam footage showed him trying to use an ice cream scooper on the genitals of several of his housemates, in one instance putting his bare hand on a woman’s crotch. “The producers have addressed two such incidents that were seen recently on the 24/7 online feed. In both cases, those involved have been warned about their inappropriate behavior and offensive comments, as well as future consequences. These events will not be part of any future ‘Big Brother’ broadcast on CBS.”

The footage led to calls for CBS to remove Mounduix from the show.

CBS said Tuesday the inappropriate behavior would not be shown on any future episode of the series.