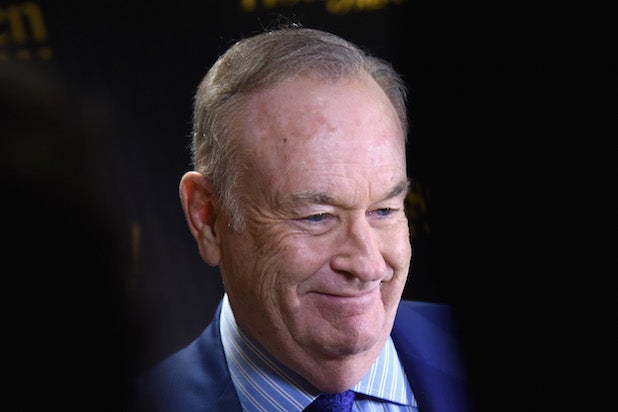 “As I have said many times, I respect Congresswoman Maxine Waters for being sincere in her beliefs. I said that again today on Fox & Friends calling her old school. Unfortunately, I also made a jest about her hair which was dumb. I apologize,” O’Reilly said in a statement.

Earlier today, “The O’Reilly Factor” host got himself in hot water after he joked that he “didn’t hear a word” of Waters’ speech against Donald Trump and the president’s staunchest supporters because of her “James Brown wig.”

Waters, a longtime Democratic House representative from South Los Angeles, was shown on “Fox & Friends” calling out Trump supporters who consider themselves patriotic.

“[African-Americans] fight against this president, and we point out how dangerous he is for this society and for this country, we’re fighting for the democracy,” Waters declared. “We’re saying to those who say they’re patriotic but they’ve turned a blind eye to the destruction that he’s about to cause this country, ‘You’re not nearly as patriotic as we are.'”

“I didn’t hear a word [Waters] said,” O’Reilly responded. “I was looking at the James Brown wig.”

“And he’s not using it anymore,” co-host Brian Kilmeade joked. “They just, they finally buried him.”

Co-host Ainsley Earhardt jumped to Waters’ defense, telling O’Reilly and her co-hosts they “can’t go after a woman’s looks” and that she liked Waters’ hairstyle.

“I didn’t say she wasn’t attractive,” responded O’Reilly. “I love James Brown, but it’s the same hair, James Brown — alright, the ‘Godfather of Soul’ — had.”