Excellent! The first look images from “Bill & Ted Face the Music,” the third film starring Keanu Reeves and Alex Winter as the lovable, time-traveling lunkheads, are here. The duo is back in their old phone booth to give us a nostalgia trip back to the ’80s.

Orion Pictures released the first few stills from the movie on Tuesday, and it shows William “Bill” S. Preston, Esq. (Winter) and Theodore “Ted” Logan about to embark on another excellent adventure in their phone booth from the original 1989 film. They also meet up again with Death, who is played by William Sadler, reprising his role from 1991’s “Bill & Ted’s Bogus Journey.”

We also get a look at some new characters, including Bill & Ted’s daughters, played by Samara Weaving and Brigette Lundy-Paine, as they stand alongside Scott Mescudi, better known as Kid Cudi.

“Bill & Ted Face the Music” reconnects with the heroes years later as they’ve still yet to fulfill their destiny to change the world with the power of their rock and roll music. In order to set the world right and bring harmony to the universe, they and their daughters go back in time again to meet up with a new batch of historical figures, as well as a few music legends.

Check out the new images below: 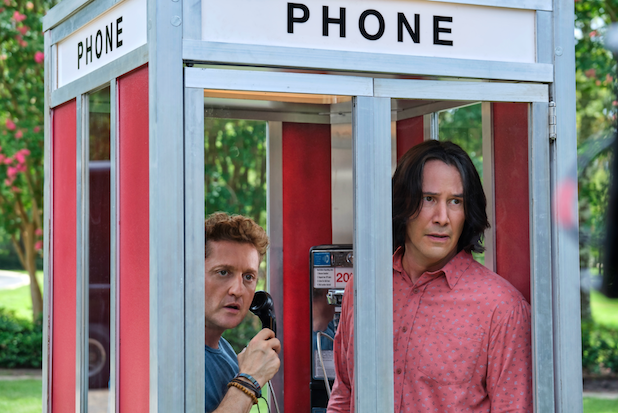 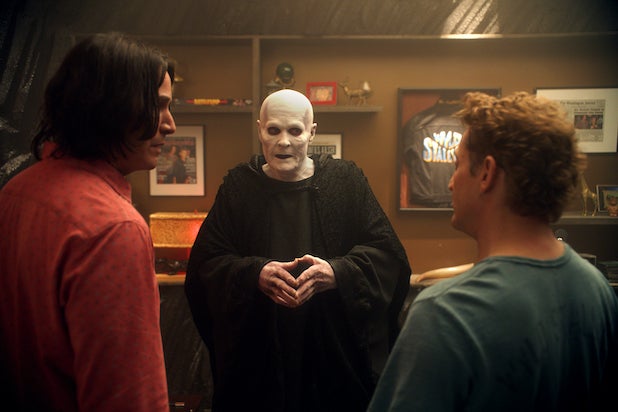 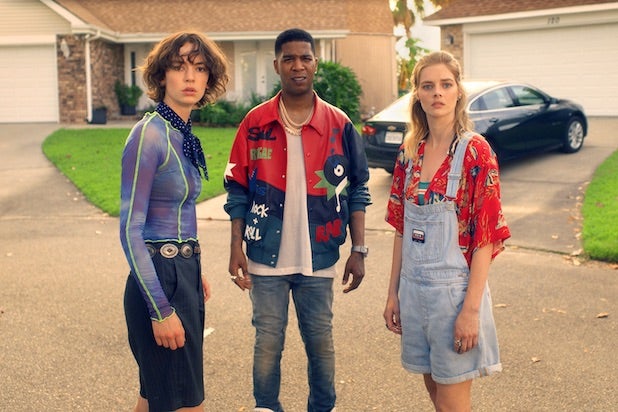