Blake Lively (“The Rhythm Section”) is set to star in and produce the Netflix original film “Lady Killer,” based on the Dark Horse Comic of the same name, with Oscar winner Diablo Cody writing the screenplay adaptation, according to an individual with knowledge of the project.

Mike Richardson and Keith Goldberg of Dark Horse Entertainment are producing, along with Lively and and Kate Vorhoff for B for Effort.

Lively will play Josie Schuller, who gives every appearance of being the perfect 1950 housewife but who leads a secret live as a trained killer for hire when she’s not catering to her family’s needs.

“Lady Killer” is a comic book series written by Joëlle Jones and Jamie S. Rich, illustrated by Joëlle Jones and colored by Laura Allred. It has been published by Dark Horse Comics since January 2015. The comic had great critical reception and was nominated at the Eisner Awards as Best Limited Series in 2016.

Netflix has a first-look deal with Dark Horse Entertainment and has previously collaborated with Dark Horse on the action-comedy series “Umbrella Academy” and Jonas Åkerlund’s feature “Polar.” Upcoming adaptations include “Mystery Girl” directed by McG and starring Tiffany Haddish. 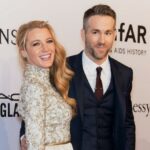