Subscribers of BritBox, the U.K.-backed streaming service, got the worst kind of surprise on Friday when their monthly fee was increased by more than $750.

A small percentage of BritBox subscribers in the U.S. and Australia were accidently overcharged for their monthly fee, which is usually $6.99 a month. They were instead billed a whopping $757.

“We are aware that a small percentage (a fraction of 1%) of our subscribers in the United States and Australia experienced an overcharge by our billing vendor yesterday,” BritBox said in a statement. “We took immediate action to correct the mistake by contacting all affected BritBox subscribers and issuing them refunds. The underlying cause has been resolved, however, this is an unacceptable experience and we deeply regret the disruption this has caused some of our subscribers.”

A rep for BritBox added that less than 5,000 people were ultimately affected. 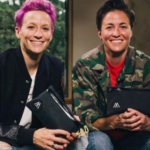 The company was besieged by angry customers on Twitter wondering why they were all of a sudden charged more than eight times a Netflix subscription — and more than a decent new flatscreen TV.

BritBox has about 1.5 million U.S. customers. The service has not disclosed how many subscribers it has in Australia, where it launched only last November.

Variety was first to report on the overcharge.