BuzzFeed is in talks to acquire the digital lifestyle publisher Complex Networks as part of a deal to take the company public, The Information reported on Tuesday, citing three people familiar with the deal.

According to The Information BuzzFeed would merge with the special acquisition company 890 Fifth Avenue Partners to go public, and then acquire Complex in a deal that would increase BuzzFeed’s revenue by roughly 30%

Complex Networks has a number of digital brands like “Sole Collector” and “First We Feast” as well as a healthy licensing and ecommerce business that includes its own hot sauce connected to the web series “Hot Ones.”

A representative for BuzzFeed did not immediately return TheWrap’s request for comment on the possibility of the acquisition. One rep did, however, tell the Information, “We have no news to announce today, and can’t confirm or comment on potential acquisitions or other plans.” 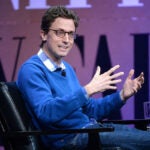 Last November, BuzzFeed announced the acquisition of rival news site HuffPost in a stock deal that made Verizon Media a minority shareholder. In March, months after the merger, BuzzFeed slashed 47 positions at HuffPost.

BuzzFeed CEO Jonah Peretti told HuffPost at the time that the cuts were part of an effort to “fast-track the path to profitability” for the newly acquired property.

“The restructuring announced today is not a short-term cost-cutting exercise,” a spokesperson told TheWrap. “We are shifting to a model that will enable HuffPost to break even this year and eventually be profitable, and that requires both cost management through restructuring, along with revenue acceleration, which will be managed by BuzzFeed’s business organization.”