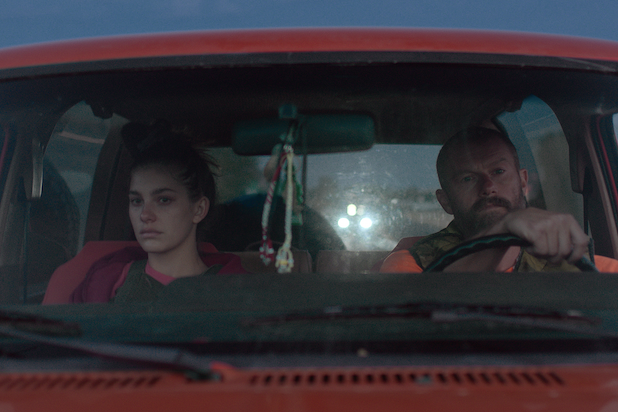 Utopia, the recently launched sales and distribution company, has acquired the worldwide rights to “Mickey and the Bear,” which stars Camila Morrone in a father-daughter drama, the company announced Wednesday.

“Mickey and the Bear” played at Cannes as part of the Cannes Acid section of the festival, and it made its world premiere at SXSW earlier this year. Utopia plans to release the film in the fall of this year.

“Mickey and the Bear” takes place in Anaconda, Montana, where headstrong teenager Mickey Peck (Morrone) is doing what she can to keep her single, veteran father Hank (James Badge Dale) afloat, navigating his mercurial moods, opioid addiction, and grief over the loss of his wife. Secretly, Mickey fantasizes of going to college on the west coast and finally living life on her own terms. When Hank’s controlling, jealous behavior turns destructive, Mickey must decide between familial obligation and personal fulfillment as she puts everything on the line to claim her own independence.

Annabelle Attanasio, best known for her role on the CBS show “Bull,” wrote and directed the drama.

The film has picked up a number of awards at regional festivals since its premiere at SXSW. At Cannes, all screenings of the film sold out, and the film recently placed #1 on Rotten Tomatoes’ Cannes 2019 Movie Scorecard, which ranks all of the movies at the festival by critical response.

“‘Mickey and the Bear’ heralds the arrival of the next generation of tremendous talent in front of and behind the camera,” David Betesh, Utopia’s head of sales and acquisitions, said in a statement. “We were awed by Annabelle’s artistic maturity, emotional intuition and instinctive deftness with cast. James Badge Dale’s performance is electric as ever, and in Camila Morrone’s radiant performance, we strongly feel a star is born. We’re privileged to work with such a remarkable team, and we’re so excited to bring the film to audiences worldwide so they can fall head over heels for ‘Mickey and the Bear’ the way we have.”

“We are elated to have found a home and true partner in Utopia, having been consistently impressed by their filmmaker forward approach and undying belief in our film. The opportunity to bring ‘Mickey and the Bear’ to a larger audience with them and inspire a vast group of young women is an absolute dream,” producer Lizzie Shapiro said in a statement.

“This movie was made to provide hope to young girls and women who feel stuck in their circumstance. Mickey is a heroine of the current political moment. She embodies the strength of a matriarch, the vulnerability of a teenage girl, and the courage of the young women of today. I am so deeply moved that the film has been embraced by critics and audiences, and couldn’t be more excited to partner with Utopia as we bring the film out into the world,” Attanasio said in a statement.

The deal was negotiated by Endeavor Content and Gersh with Utopia head of sales and acquisitions David Betesh, who entered Cannes with a sales slate that includes Lynn Shelton’s “Sword of Trust” and Robert Schwartzman’s recently wrapped “The Argument.”