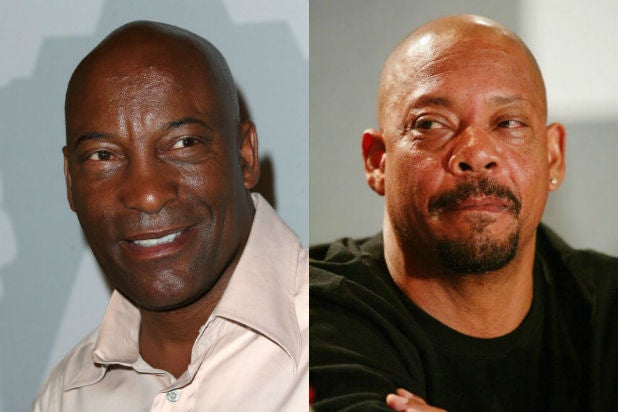 Singleton, whose credits include “2 Fast 2 Furious,” has been attached to the project since 2014 and has had the vocal support of Shakur’s family in bringing the slain rapper’s life to the big screen — but a deep creative rift has Singleton stepping down from directing.

“There are major creative differences,” an individual with knowledge of the project said. “Honestly, Morgan Creek can make a sub-par Tupac movie and move on. If makes a bad Tupac movie? It’s something he’d have to live with for the rest of his life.”

Representatives for Morgan Creek confirmed the creative differences. Reps for Singleton declined to comment for this story.

Singleton alluded to the creative breakdown in a Tuesday interview with XXL magazine, first reported by Roger Friedman of Showbiz 411, saying, “we’re putting it on hold for right now. I’m putting my involvement on hold right now because we’re trying to figure out some things … we’ve got to get it right.”

Shakur was the reigning king of West Coast hip-hop before his shooting death in 1996. An influential lyricist, he was also a promising actor who received positive notices for this breakout performance in 1993’s “Poetic Justice” with

Shakur is still such a looming cultural figure that a hologram composite of the rapper played a full set at Coachella in 2014.