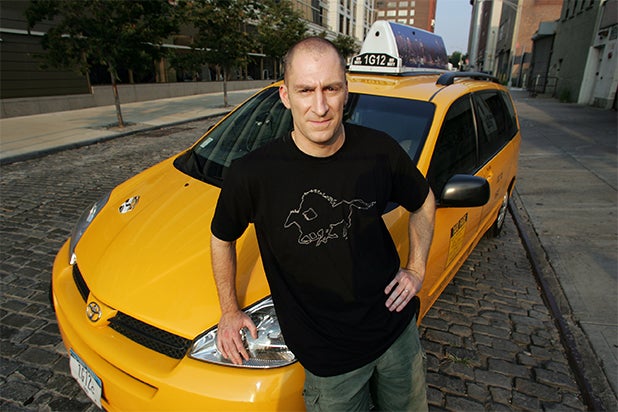 New Yorkers should get ready to make some money during their next taxi cab ride.

Discovery Channel announced Monday that it’ll be rebooting the popular game show “Cash Cab” this year, but with an additional twist: Contestants will get ambushed by “America’s favorite celebrities.”

Previous host Ben Bailey, who won three Daytime Emmys for “Outstanding Game Show Host,” is not currently attached. Instead, the aforementioned celebrities — who will hail from comedy, film, and TV — will be getting behind the wheel.

It’s unclear if the celebrities will be in the Bailey role or if another host will be named.

The rebooted “Cash Cab” will be executive produced by comedian David Steinberg, best known for appearing on “The Tonight Show Starring Johnny Carson” and directing episodes of “Curb Your Enthusiasm” and “Seinfeld.”

Tony Tackaberry and Allison Corn of All3 Media are executive producers, along with Robyn Todd from Norton Productions, and John Slaughter from Discovery.

“Cash Cab” was an American game show that ran on Discovery Channel from 2005 to 2012. It featured Bailey picking up passengers in the titular Cash Cab, driving them to their destinations, and asking them trivia questions. The more they get correct, the more money they can earn.

If contestants get stumped, they can reach out via phone, text, or social media for a hint. If they get three questions wrong, they’re kicked out of the cab. But hey, at least they got a partial free ride out of it.

“Cash Cab” is expected to premiere sometime in 2017.