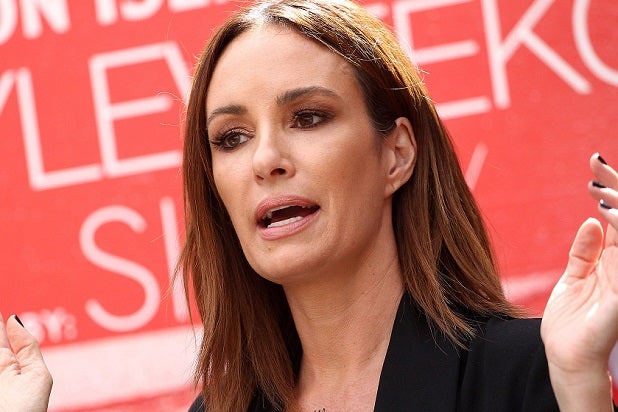 Catt Sadler is exiting “E! News,” after seven years of appearing on the program.

“We wish Catt Sadler all the best in her endeavors following her decision to leave ‘E! News,'” an E! spokesperson told TheWrap in a statement Monday. “We will miss having Catt on set and appreciate her many contributions.”

According to the New York Post, which first reported the news, Sadler was scheduled to announce her departure on Wednesday’s edition of the program. However, Sadler took to Twitter on Tuesday to announce that it would be her last day on the program.

“It’s true. Today will be my last day on #DailyPop and @enews,” Sadler wrote. “I hope you’ll tune in so I can thank you for the memories. I love you guys SO much it hurts.”

In addition to “E! News,” which Sadler joined in 2010, she also has served as host for a number of E!’s “Live From the Red Carpet” shows, and is one of three hosts on the daytime talk show “Daily Pop,” which launched in May.

Prior to coming aboard E!, Sadler worked as an entertainment reporter in the San Francisco Bay Area, and at Indianapolis Fox affiliate WXIN.

It’s true. Today will be my last day on #DailyPop and @enews. I hope you’ll tune in so I can thank you for the memories. I love you guys SO much it hurts.