CBS is ending “Bull” after six seasons, the network said on Tuesday.

The series, which starred “NCIS” alum Michael Weatherly as trial science expert Dr. Jason Bull, has been among the network’s best performers airing on Thursday nights. Its current season has averaged 7.4 million viewers and is ranked second among its 10 p.m. time slot against “Thursday Night Football.”

“It’s been my privilege to play Dr Jason Bull but after 6 Seasons of incredible storylines, I’ve decided it’s time to pursue new creative challenges and bring his story to a close,” Weatherly said on Twitter. “It has been an honor to work with this talented cast, crew, and writing/producing team who helped reinvent the legal drama. Stay tuned for a big series finish…Thanks to all the fans from the bottom of my heart. You will always be a part of our ‘Bull’ family!” 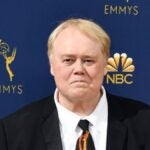 “For six seasons, ‘Bull’ has established itself as a ratings winner with its fresh take on the judicial process never before seen on television,” CBS said in a statement. “We extend our thanks to the talented cast, Michael Weatherly, Geneva Carr, Yara Martinez, Jaime Lee Kirchner, Christopher Jackson, MacKenzie Meehan, the incredible creative team led by Kathryn Price and Nichole Millard, and our hard working crew, for bringing to life these innovative stories.  We also thank our loyal viewers and look forward to providing them with a final run of compelling episodes filled with the humor, intelligence and twists that have made the drama a fan favorite.”

“Bull” has been the subject of controversy during the back half of its run. Eliza Dushku, who recurred during the second season of the show, accused Weatherly of sexist behavior. In 2018, it was revealed that CBS agreed to pay Eliza Dushku a $9.5 million settlement following her complaint that she was written off the drama after she confronted series star Weatherly about multiple instances of inappropriate behavior.

In the case of Caron, he was the subject of a workplace investigation after multiple writers left the show during the fifth season, according to The Hollywood Reporter. THR cited unnamed past and present writers on “Bull” and Caron’s previous show “Medium,” who accused Caron of creating a toxic work environment.