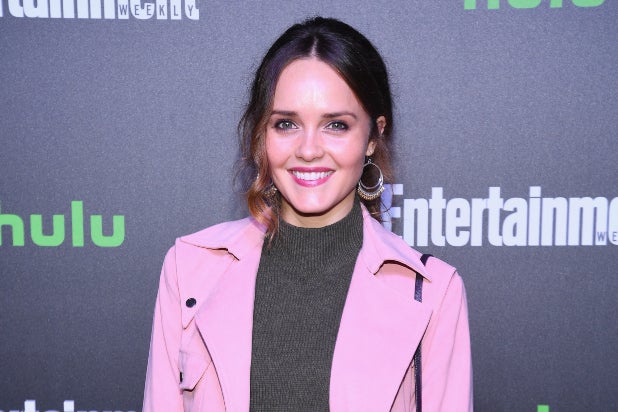 CBS has found its next Clarice Starling. Rebecca Breeds will play the FBI agent that was portrayed by Jodie Foster in “Silence of the Lambs,” in the network’s sequel to the 1991 film from Alex Kurtzman.

The project — which has been given a pilot order at the broadcast network, with a penalty set if it doesn’t get ordered to series — follows FBI agent Clarice Starling a year after the film’s events.

Here is how CBS describes the character: Brilliant and vulnerable, Clarice graduated Magna from UVA with a double major in Psych and Criminology. Her bravery gives her an inner light that draws monsters and madmen to her. Her complex psychological makeup comes from a challenging childhood, and her drive comes from her need to escape the burden of family secrets that have haunted her throughout her life.

Also Read: 'Silence of the Lambs' Sequel 'Clarice' Gets Series Commitment at CBS

Here’s the logline for the potential new drama:

It’s 1993, a year after the events of “The Silence of the Lambs.” “Clarice” is a deep dive into the untold personal story of Clarice Starling as she returns to the field to pursue serial murderers and sexual predators while navigating the high stakes political world of Washington, D.C.

Kurtzman (the mastermind behind CBS All Access’ growing “Star Trek” franchise) and his writing partner Jenny Lumet will executive produce “Clarice,” along with Secret Hideout’s Heather Kadin. Aaron Baiers is a co-executive producer. The series hails from MGM and CBS Television Studios in association with Kurtzman’s Secret Hideout.

Breeds had recurring on “The Originals” at The CW and Freeform’s “Pretty Little Liars.”

Along with Foster, the character was also portrayed by Julianne Moore in the 2001 film sequel “Hannibal,” which star Anthony Hopkins return as the cannibalistic serial killer.