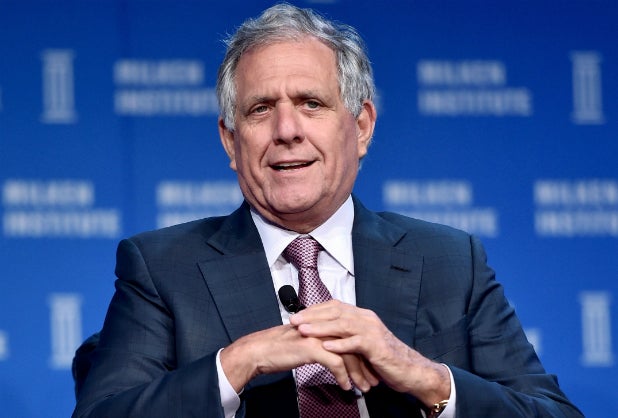 CBS will not be sending an executive to participate at the 27th annual Goldman Sachs Communacopia conference this week, a person with knowledge for the booking told TheWrap exclusively. Ousted CBS CEO Leslie Moonves was scheduled to speak on Wednesday. He will not be replaced.

Moonves was slated to appear in the Gallery Ballroom on the fourth floor of the Conrad New York at 1:15 p.m. Not anymore. And though COO Joe Ianniello is taking over for Moonves as CEO and president of CBS on an interim basis, he will not be doing the same at the two-day event for investors, analysts and media members.

A spokeswoman for Goldman Sachs did not immediately respond to TheWrap’s request for comment on this story. A rep for CBS did not comment when reached.

Moonves was forced to resign from CBS Corporation on Sunday night after a dozen women accused the media mogul of sexual misconduct. Much of the reported misbehavior — which includes accusations of sexual assault — dates back as far as 40 years. Moonves denies having ever used his position to hinder a woman’s career.

Ianniello, who has served as the company’s COO since 2013, will run things while the CBS board searches for a permanent successor. The chairman position will remain open pending the appointment of a permanent CEO.

Moovnes joined CBS Corporation from Warner Bros. in 1995, when he was named president of CBS Entertainment. He became chairman in 2003 and was named CEO in 2006, following the split of CBS and Viacom.