On “CBS This Morning,” Gayle King prompted her: “I’m almost embarrassed to ask you this but on TikTok, there’s a video going around right now. Have you seen it? And somebody did it to me. You put the coin on your arm. If it stays there, it means there’s a chip in your arm. It’s a big thing that’s going on TikTok right now. Can you just put that to rest and say how ridiculous it is?”

Walensky laughed and said, “That’s ridiculous. We are not being injected with chips. What we’re being injected with is this incredible scientific breakthrough that keeps us safe and is effective against something that has killed hundreds of thousands of Americans over the last 15 months.” 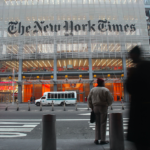 The idea of limbs being magnetized post-jab seems far-fetched because it is, but it’s had some staying power on the wildly popular video app, where some users post about it as a tongue-in-cheek joke but still propagate misinformation. Weeks ago, outlets like the BBC began running fact-checking pieces to counteract the clips’ claims.

During Thursday’s CBS News interview, Walensky assured Americans that vaccines are safe and being vaccinated is a great way to protect oneself against COVID-19 as workplaces and venues begin opening up again.

Watch below, via CBS News.