The popular sitcom reportedly began streaming Friday on Bilibili, Tencent, Youku, Sohu and iQiyi. Since then, fans on the social media site Weibo pointed out multiple instances where episodes were altered.

According to CNN, any mention of Ross’ (David Schwimmer) ex-wife Carol, who divorced him after coming out as a lesbian, were deleted from the show. The “South China Morning Post” reports that a scene where Chandler (Matthew Perry) and Joey (Matt LeBlanc) share a New Year’s Eve kiss has also been removed. 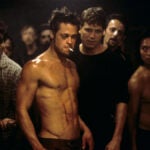 By Friday night, the hashtag #FriendsCensored began trending on Weibo, though that was also eventually censored and the search results are no longer visible, CNN reported.

“Friends” is extremely popular in China. The series originally debuted on the country’s streaming platforms — Sohu video and iQiyi — in 2012.

At the time, it was not censored. However, it was soon removed from the platforms altogether when its streaming agreement ended in 2013. 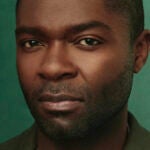 Also Read:
David Oyelowo Wasn’t Sure He Could Play a Stone-Cold Seducer in HBO Max’s ‘The Girl Before’

Chinese officials have continued to tighten restrictions on American films and TV shows over the past decade.

Earlier this month, David Fincher’s “Fight Club” was restored to include its original ending on Tencent after it had been changed to follow strict Chinese censorship rules that require criminals to be arrested, prompting widespread backlash. 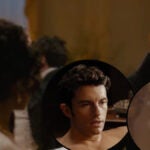 Last year, an episode of “The Simpsons” in which the titular family visits China, was removed from Disney+ in Hong Kong over a joke made in the film about the Tiananmen Square protests in 1989 and the Chinese government’s censorship of the event.