Cinemark announced on Wednesday that CEO Mark Zoradi will be stepping down at the end of the year. He will be succeeded by the theater chain’s CFO, Sean Gamble.

In a statement, Cinemark said that Zoradi had initially intended to retire in 2020 but stayed on after the COVID-19 pandemic forced the chain to shut down its theaters. “Clearly, he had no idea how long it would last or the significant impacts it would have on our industry,” the company’s statement read. “As theatrical moviegoing is resurging, now felt like an appropriate time for this announcement.”

“Mark has consistently stated that participating in the exhibition side of the business and leading Cinemark over the course of the past six years has been invigorating and he treasures the time spent at Cinemark and the relationships forged.  While retirement from the day-to-day is never an easy decision, Mark is ready to slow down a bit and travel less – those weekly flights between LAX and DFW are grueling,” Cinemark also said. 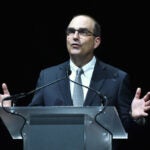 Cinemark has begun the search for a new CFO and will expand on the company’s executive transition plan during its upcoming quarterly earnings call.

“Serving as Cinemark’s CEO during the past six years has truly been the highlight of my career,” stated
Zoradi. “While I’ve been in the industry for more than four decades, the vast majority was spent on the
studio side of the business. I’ve thoroughly enjoyed participating in all aspects of theatrical exhibition and
will treasure the time spent and deep connections established with the Cinemark team, as well as the
many other industry relationships formed around the world.” 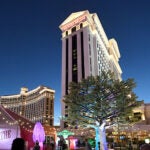 Zoradi, who has worked in movie theaters for 40 years, became CEO of Cinemark in 2015 and has led the company through a period where theaters have seen record turnout for films like “Avengers: Endgame” but also unprecedented challenges thanks to COVID-19. Along with fellow multinational chains Regal and AMC, Cinemark has reached agreements with several studios like Warner Bros. on shortened but defined theatrical windows after a year in which studios have released films in theaters and streaming simultaneously to adapt to the uncertainty of the pandemic.

As part of the executive transition, Cinemark has also announced three promotions. Wanda Gierhart Fearing, who joined Cinemark in 2018, will become the company’s chief marketing and content officer. Damian Wardle, who has been a part of Cinemark for 30 years, will become EVP of theater and technology operations, while Sid Srivastava has become EVP of Human Resources, overseeing diversity and corporate social responsibility initiatives.