When Jason Cornwell was cast on the 1997 Boston season of MTV’s "The Real World," he had no idea how much the experience would change him. After six months of being trailed by cameras, Cornwell segued into casting the Hawaii season of the show and later went on to open his owning casting company, which has worked on over 25 shows including the CW’s "Beauty and the Geek" and FX’s "Black, White."
Cornwell talked to TheWrap about his experience participating on one of TV’s founding reality shows, what type of background checks his company uses and what puts a potential cast member out of the running.
Why did you decide to go on "The Real World?" 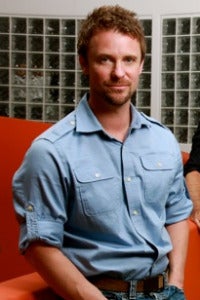 Boredom. I was in Boulder counseling kids. I ran into somebody in the street and they said they were holding auditions for "The Real World" and that I should go down and try out. I was five interviews in before I thought about if I was really gonna do it. Next thing I knew, I was in Boston.
Were you prepared for the experience?
We went a little crazy. The first month you’re getting used to it, but by the sixth month, you’re kind of over it. I’d be on the train on the red line going to Cambridge … you’re by yourself and want to go do some thrift store shopping. It’s not just me going on the train. It’s me with a cameraman with the lights and sound guy and director and P.A. all focused on me but not talking to me.
Everywhere, everyone’s staring at you and you’re putting people out wherever you go. I didn’t really realize I was more of a private person than I thought I was.
What was it like after you got off the show?
We were the only reality celebrities out there, so there was a lot more attention on us. We were like celebrity celebrities, except it wasn’t based on talent. Now reality stars are a dime a dozen. It can be hard for people who can’t handle it.
So what did you think when you heard about Ryan Jenkins? 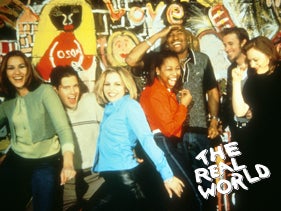 My first thought was, "What went wrong? Did he have any priors?" It was sad, because it could happen to anybody. Crazy people kill people all the time. This guy just happened to be on TV. It’s spectacular — in a bad way — that he didn’t display any of those traits during filming.
Do you think the incident will make waves in the casting industry?
I hope we do better shows. Smarter shows. And maybe we’ll do double background checks.
When are those kind of checks usually performed?
If they’re gonna be in a situation where they’re gonna be on dates, alone with the women, or living together, you have to run a level 4 background check. I’m gonna know your grandma’s middle name and if you have any sort of legal problems whatsoever.
What kind of things can come up in a background check that will keep someone from getting cast?
Depends on the network. If they have a prior that’s physical abuse. Any violence. Any restraining orders, regardless of whether or not it’s bulls—. You’re out. If it’s a DUI, that’s not gonna knock them out of the contingency always. But it could. Why would I put someone with a DUI on there?
And when do you run psych tests?
We give a written personality test to 90 percent of people. But the next step is to interview them in person with a doctor. And that’s to weed out people who can’t handle the show. They won’t even get to the doctor if you’ve got priors. You’re gonna save that money and go with somebody else.
So if they have priors they won’t get on, but they might if they’re a little crazy?
Yeah, if they haven’t broken the law. Half of the people around the world are crazy, and if that’s the M.O. for the show, sure, as long as they’re not illegal or gonna hurt somebody. Then sure.
What are red flags you look for during casting?
If they say, "I really wanna be on the show. I really, really have to do this show, I’ve always wanted to be on a reality show." Telling me about the 5,000 shows they’ve seen on TV. If they tell me about the character they think they’re going to be on the show. Why don’t you just be yourself and find the right show you want to be on? They just need to keep that to themselves because it’s not going to help them.
x
Looks like you're enjoying reading