CNN’s Jim Acosta wants to give rival Fox News host Tucker Carlson an award, but not one the “Tucker Carlson Tonight” host would probably want to accept.

In a segment Saturday during his CNN show, Acosta laid into Carlson for promoting the conspiracy theory that the FBI had some involvement in the Jan. 6 Capitol insurrection, which Carlson has pretty much done every night this week.

“You may recall I recently described Fox News as the bulls— factory in honor of its steady stream of segments aimed at ginning up your outrage. But Tucker has really outdone himself this week,” Acosta said on CNN Saturday. “So I’ve decided to award Tucker with the distinction of Bulls— Factory Employee of the Month. Congrats, Tucker. You did it. Nobody bulls—s like you when it comes to the insurrection.” 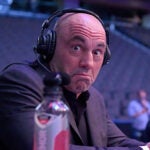 Carlson first brought up the theory Tuesday, telling his millions of viewers, “Strangely, some of the key people who participated on Jan. 6 have not been charged. Look at the document. The government calls those people ‘unindicted co-conspirators.’ What does that mean? Well, it means that in potentially every single case, they were FBI operatives.”

Wednesday night, after 24 hours of outcry, Carlson brought it up again, dedicating another chunk of his show to the theory, which he sourced from right-wing website Revolver News and decrying Twitter for slapping a warning label on his now-deleted tweet about it.

After Carlson doubled down on his claims for a second night, more coverage followed on Thursday. On CNN, senior legal analyst Elie Honig described how the theory is “legally impossible” and said Carlson is “dead wrong.”

“I often have reservations about playing the clearly deceitful propaganda spewed by certain entertainers but this morning we are because of the warnings we’re hearing that this is the beginning of a new effort to rewrite what happened Jan. 6, even though it is wrong,” said “New Day” anchor John Berman.

Honig explained, “The phrase ‘unindicted co-conspirator’ is not something you can apply to someone working for the FBI because a conspiracy is a meeting of the minds. It’s an agreement between two people to commit a crime. However, if you’re an FBI undercover or you’re an informant, you’re not really part of a criminal agreement. You’re pretending for the sake of the investigation, so no prosecutor would ever this phrase, ‘unindicted co-conspirator,’ to refer to somebody working for the FBI.”

It has been proved that the Jan. 6 insurrection was planned and attended by supporters of former president Donald Trump, who went to the Capitol after the single-term leader urged them to “stop the steal” of the 2020 election, which he lost.