On Thursday’s episode of “The Joe Rogan Experience,” the eponymous host took on CNN’s Brian Stelter and his Sunday program, “Reliable Sources.” The show, Rogan said, is “f—ing terrible.”

The trouble seems to have started when Stelter noted on air that some YouTube personalities pull in more viewers than cable news networks.

“They were describing it as if they were entitled to viewers. This is because the market has spoken and your show’s f—ing terrible,” Rogan fumed. 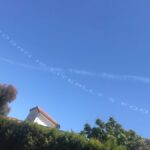 A spokesperson for CNN did not immediately respond to a request for comment.

Rogan added that Stelter’s show keeps “slipping and slipping and slipping” in ratings. That is fair — Nielsen Media Research ratings data from May shows declines for “Reliable” in total average viewers and key-demo viewers between the ages of 25 and 54, both year-to-date and April to May.

Rogan also criticized Stelter’s recent interview with White House press secretary Jen Psaki: “How about Brian Stelter talking to the press secretary saying, ‘What are we doing wrong? What are we doing wrong?’ Like, hey motherf—er, you’re supposed to be a journalist.” The popular podcaster concluded that he didn’t know if he could ever be a cable anchor because “that gig is a strange gig.”

In addition to “that gig,” Stelter is an author who recently released a paperback copy of his 2020 book about Fox News, “Hoax.” The paperback included new chapters and, according to Nielsen Bookscan data cited in the Daily Mail Thursday night, has sold 1,738 copies since its June 8 release.