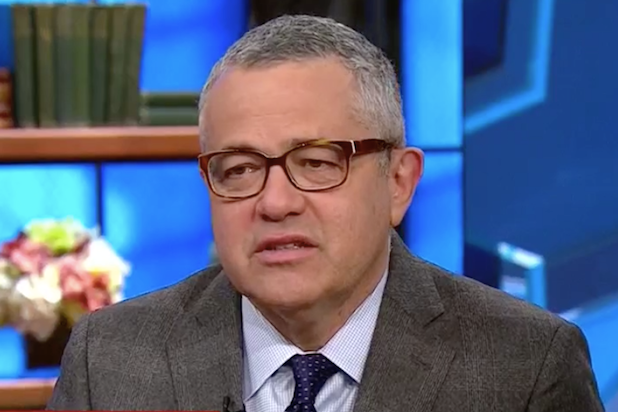 The potential fallout from Anthony Kennedy’s absence from the Supreme Court came quickly after the perpetual swing vote announced his retirement on Wednesday.

CNN legal analyst Jeffrey Toobin was typically blunt, declaring within minutes of the news that abortion would be outlawed in nearly half the U.S. within 18 months.

“Anthony Kennedy is retiring. Abortion will be illegal in twenty states in 18 months. #SCOTUS,” he said in a tweet that racked up thousands of retweets within minutes.

Also Read: Justice Anthony Kennedy to Retire From the Supreme Court - What It Means for Hollywood

Anthony Kennedy is retiring. Abortion will be illegal in twenty states in 18 months. #SCOTUS

Kennedy was a supporter of Roe v. Wade — the landmark 1973 ruling that legalized abortion throughout the United States — and voted several times to uphold the precedent during his career on the high court.

Toobin’s tweet is based on the assumption that a new Trump-appointed justice would form a 5-4 coalition in favor of reversing the decision and allowing individual states to decide the legality of the procedure.

On Wednesday Kennedy, 81, confirmed longstanding speculation that his current term on the bench would be he last. He has spent three decades at the Supreme Court and was first appointed by President Ronald Reagan in 1988.

Since the retirement of Sandra Day O’Connor 2006, Kennedy has served as the court’s resident swing vote, siding with both the court’s liberals and conservative’s depending on the issue.

In addition to abortion, he has also been a frequent supporter of LGBTG rights on the bench, writing several critical decisions over the years, including the 2015 opinion which legalized same-sex marriage.