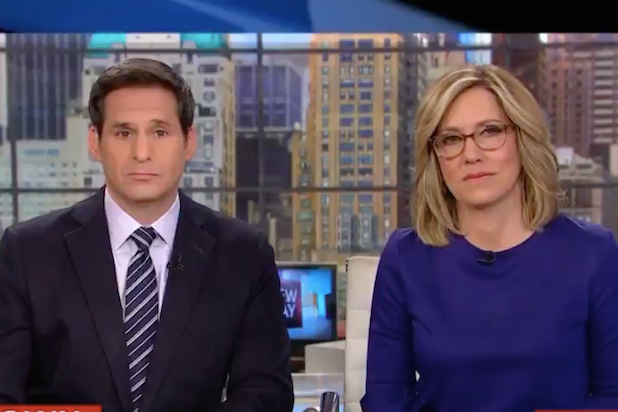 And the picture has gotten worse since the morning show’s popular co-host Chris Cuomo left the show last May for his own primetime gig, an analysis of Nielsen data reveals.

For the first five months of last year, when Cuomo was still on in the mornings, “New Day” slipped about 4 percent in average total viewership and 10 percent in the key demo from 2017 levels.

But that ratings slide nearly doubled in the second half of the year, after John Berman replaced Cuomo on the morning desk (Alisyn Camerota has remained as co-host). The post-Cuomo “New Day” averaged just 554,000 total viewers and 172,000 in the demo — which admittedly was still above the show’s 2016 ratings totals.

A rep for CNN declined to comment for this story.

When Cuomo first joined “New Day” in 2013, he led the network to five straight years of steady and successive gains in the ratings — though the show still lagged behind its morning cable-news rivals, “Fox & Friends” and MSNBC’s “Morning Joe.”

The “New Day” ratings slippage suggest that Cuomo has a significant fan base among CNN viewers, an idea that has been borne out in the strong ratings so far for “Cuomo Primetime.”

The evening show, which replaced Anderson Cooper’s second hour in June, has breathed new life into the network’s primetime lineup that has long lagged in a moribund third place behind Fox News and MSNBC.

The Cuomo-led program has been CNN’s top news program since it launched and last month averaged nearly 1.4 million total viewers and 397,000 in the demo.

In the Trump era, CNN has long struggled to find its place among a primetime cable news landscape dominated by Trump-friendly voices on Fox News and Trump-resistant hosts on MSNBC.

Cuomo’s move to primetime was the channel’s most aggressive step to date to address what CNN boss Jeff Zucker has called the hardest hour of television.