As he’s done a lot recently, Stephen Colbert devoted his entire monologue to Russia and that country’s unprovoked invasion of Ukraine. And he had a lot of fun going over the economic damage international sanctions are having.

Two weeks ago, Russia invaded Ukraine for reasons that are transparently all lies. Since then, the Russian army has become bogged down by logistical and technical problems, and by stiff resistance from Ukrainians. Meanwhile, a combination of international sanctions and major corporations pulling out of Russia have done huge damage to Russia’s economy.

Noting that Russia’s currency has been severely downgraded because financial analysts believe the country is in “imminent” danger of defaulting on its debts, Colbert joked, “Russia is about to lose everything. And, crash with a buddy, I guess. Belarus better have a big couch, because without a credit rating, the only way that they can pay their debt is by holding a garage sale at Lenin’s tomb.” 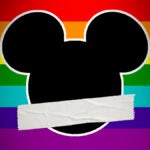 Noting that Russian consumers are supposedly “hoarding” items from H&M and Zara before they become “relics of a bygone era,” Colbert joked, “It’s amazing that they think that anything from H&M will last long enough to become a relic.”

Colbert also touched on the closure of McDonald’s in Russia, joking that they’ll have to make due with Russia’s home-grown fast food chain, ‘McDostoevsky’s.’ The slogan: “Da da da da-da, life’s meaningless.”

Colbert also talked about the rising use of the letter Z in Russia to signify support for the invasion. “No! No Putin, you keep your hands off the letter Z,” Colbert joked. It is one of the most essential letters, it’s 40% of pizza.”

Colbert also noted that he played the letter Z in the “Sesame Street All Star Alphabet.” “That’s right. I’m Z! Officially… So, as Z, I get to define what Z means. And right now, Z stands for Zelensky,” Colbert said, referring to Ukrainian President Volodymyr Zelensky. This predictably got big cheers from the audience.

There’s more to the monologue of course, and if you’re so inclined, watch the whole thing above now.