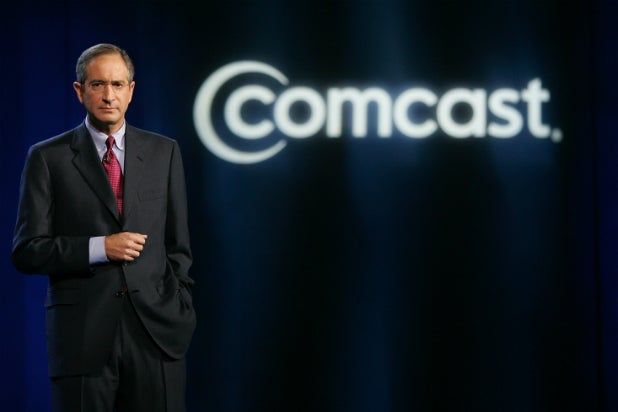 Comcast has raised $4 billion through a debt offering to help weather the economic storm caused by the coronavirus pandemic, according to a company filing with the Securities and Exchange Commission.

The move follows a similar one made by Disney last week, which raised $6 billion. On Tuesday, Discovery also revealed that it borrowed $500 million earlier this month in credit.

Comcast said in that same filing that the spread of the disease and the ensuing global shutdown is “affecting our businesses in a number of ways.”

To prevent the spread of the COVID-19 disease, Comcast has shuttered all of its Universal theme parks, delayed theatrical distribution of its films and halted TV and film production. Shortly after the filing was released, the International Olympic Committee formally postponed the Summer Tokyo Olympics, putting even more financial pain on Comcast. The Olympics postponement will also put a damper on the ensuing launch of its streaming service Peacock, which was syncing up its nationwide rollout to the start of the Olympics.

“The impact of COVID-19 could have a material adverse impact on our results of operations over the near-to-medium term,” the filing stated.

Earlier this month, before the coronavirus was declared a pandemic, Brian Roberts sounded more optimistic regarding the effects the disease would have on his business’s bottom line.

“With 70% of our company being cable and broadband, and that consumption taking place in the home, we’re in a very good set of businesses that actually can see more improvement in our digital service and using your device to transact with our company. It could actually accelerate trends that we’re already having,” Roberts said on March 3 at the Morgan Stanley Investor Conference. “So our base businesses [are] probably at the moment kind of unaffected. If anything, people appreciate the value of our product even more.”

On Tuesday, while Comcast said its cable business “performs well to meet the challenge of business and schooling from home, [it] will not be unaffected either as economic stress impacts our residential and business services customer base.”