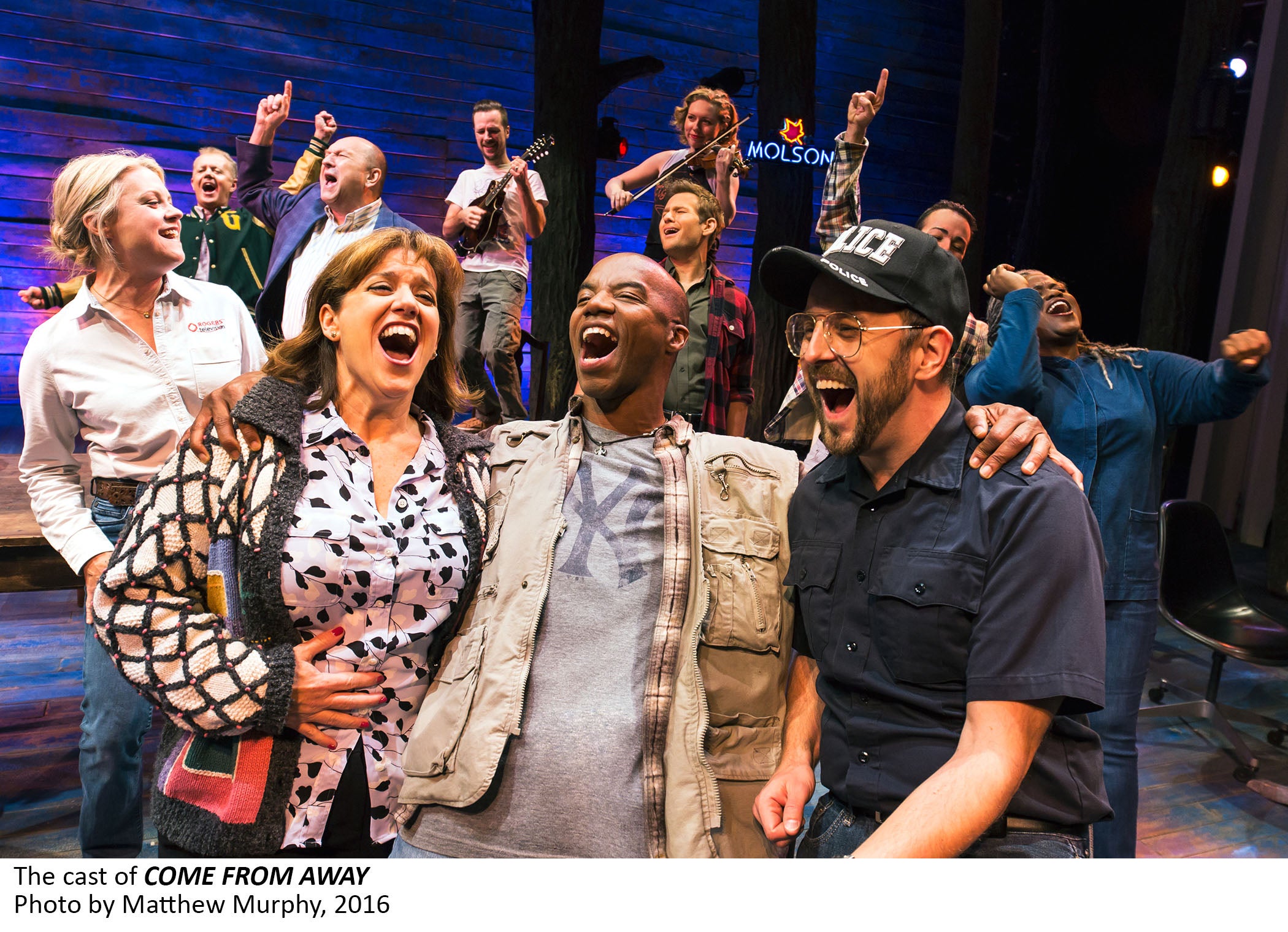 If you’re someone who enjoys being stuck on an airplane for hours as it sets on the tarmac, here’s the musical for you. “Come From Away” opened Sunday at the Gerald Schoenfeld Theatre, and it brings back every airport nightmare you’ve ever experienced times four.

It also answers the question of what happened to thousands of air travelers stranded in the small town of Gander, Newfoundland, on 9/11. Many of them spent more than a day trapped in planes. Then there were the ensuing problems of where to house all those unexpected visitors, who suffered from hunger, sleeplessness, filth, extreme body odor and boredom. Lots of boredom.

Irene Sankoff and David Hein, who wrote the book and songs, set much of the musical in a local Gander bar where the strandees sing karaoke, take turns kissing a large plastic fish, and dance Irish gigs to what sounds like music rejected from the last Riverdance extravaganza. Only no one can really dance.

Sankoff and Hein’s book tries to drum up suspense in the show’s opening scenes by telling us that few of these visitors to Gander knew about the attacks on the World Trade Center and the Pentagon, because few people back then owned cell phones. Really?

As songwriters, this duo relies on a strong percussive element that’s so incessant that their songs take on a militaristic flair. And they’re also very, very loud. Gareth Owen’s sound design is the most abrasive to grace a Broadway stage since the entry of “Waitress” a year ago. Dialogue is shrill and disembodied from the actors, and when the ensemble sings any of the show’s foot-stomping anthems, the lyrics are indecipherable.

“Come From Away” is a musical about hope, perseverance and people coming together to help each other in difficult times. The Gander townspeople have much in with the citizens of Meredith Willson’s River City, only they’re much more adorable.

Christopher Ashley directs the ground traffic, and when he finally gets all those stranded visitors back up in the air you will definitely experience their sense of relief.

10 Best Theater Productions of 2016, From 'The Crucible' to 'Dear Evan Hansen' (Photos)