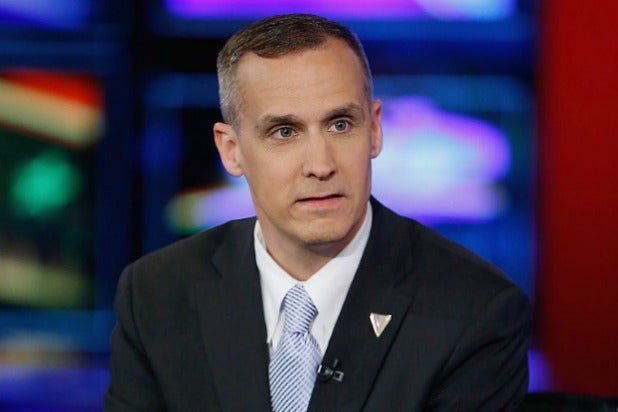 Corey Lewandowski was back on Fox News Wednesday to vigorously defend his “womp womp” reaction to news that a 10-year-old child with Down Syndrome had been separated from her parents at the U.S. border as part of the Trump administration’s zero tolerance policy for immigrants entering the country without paperwork.

The former Trump campaign manager insisted that he was only mocking Democratic operative Zac Petkanas, who had raised the example of the girl, and that everyone was politicizing the issue.

“I was mocking Zac, a liberal Democrat national committee activist who is doing nothing but politicizing the issue of making an example of one particular child,” he said, while also noting that he didn’t personally mention the young girl or family in question.

“My comments were specifically about Zac trying to politicize the use of children as a political football in this discussion because the law is very clear,” he told Fox News host Sandra Smith on Wednesday morning.

He refused to apologize for his sad-trombone remark.

Lewandowksi reiterated the same refrain on Twitter, calling the story — what else? — fake news.

“Lots of Fake News today. I mocked a liberal who attempted to politicize children as opposed to discussing the real issue which is fixing a broken immigration system,” he tweeted. “It’s offenseive [sic] that the MSM doesn’t want to talk about the fact these policies were started under Obama.”

Lots of Fake News today. I mocked a liberal who attempted to politicize children as opposed to discussing the real issue which is fixing a broken immigration system. It’s offenseive that the MSM doesn’t want to talk about the fact these policies were started under Obama.

Lewandowski’s defense of the family separation policy on Fox News comes amid rising anger over the subject from both Democrats and Republicans.

On Monday, Homeland Security Secretary Kirstjen Nielsen held a contentious press briefing at the White House where she too defended the policy. On Tuesday evening, she was heckled out of a Mexican restaurant by pro-immigration activists chanting that she was a fascist.