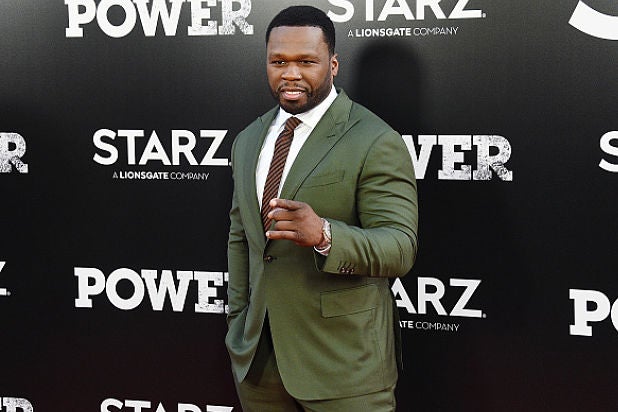 “Trill League,” according to Quibi’s release, is a league of black superheroes “tasked with saving the world from monsters, super villains and haters of all kinds” in an “era of social injustice and internet trolls.”

The show is based on the graphic novel of the same name by Anthony Piper, which meshed the three distinct cultures of comic books, anime and hip-hop. “Trill League” is co-created, written and executive produced by Jameel Saleem and Piper, and is being produced by 3 Arts Entertainment and G-Unit Television in association with Lionsgate Television.

“I am excited to bring G-Unit Film & Television to an innovative platform like Quibi with my partners at Lionsgate and 3 Arts,” Jackson said in a statement. “Anthony Piper and Jameel Saleem have created a world we haven’t seen before in ‘Trill League,’ looking forward to sharing it soon.”

Voice actors for the show have not yet been disclosed.

Quibi has continued adding shows at a blistering pace as 2019 comes to a close. On Monday, the company shared it would revive fan-favorite ’90s Nickelodeon show “Legends of the Hidden Temple,” this time making the show more adult-oriented. Quibi also added a new series from Ridley Scott last week — only days after it added a new show produced by Kris and Kendall Jenner to its slate. A new show starring Bill Murray and Dave Franco was also recently announced.

Quibi shows will only be available on mobile devices, with each episode running no longer than 10 minutes. The app will cost viewers $4.99 per month for ad-supported viewing, or run $7.99 for ad-free viewing when it debuts next April.