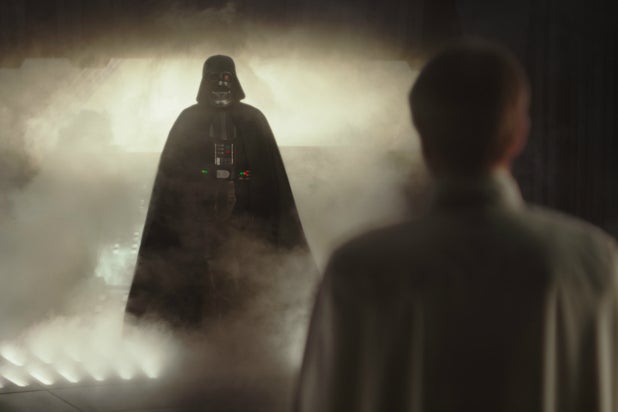 Here’s a fun fact: The climactic third act in “Rogue One: A Star Wars Story” that featured a lightsaber-wielding Darth Vader was added in reshoots.

One of the film’s editors, John Gilroy, recently confirmed to Yahoo Movies that the fan-favorite scene was indeed part of a second round of filming for the “Star Wars” prequel.

“What was added — and it was a fantastic add — was the Vader action scene, with him boarding the ship and dispatching all those rebel soldiers,” said Gilroy. “That was something conceptualized a little later.”

It was one of the film’s biggest highlights, displaying the Sith Lord in all his weapon-wielding glory, using the dark side of the Force to swiftly kill numerous rebels.

Gilroy boasted that it improved the end product.

“It was a really great punch in the arm and something I think fans wanted to see,” he told Yahoo.

Also Read: Ben Mendelsohn: 'Rogue One' Could Have Been 'Enormously Different'

An individual with knowledge of the project also confirmed to TheWrap that the Darth Vader scene was added during the film’s series of reshoots that took place last summer.

Director Gareth Edwards had always intended to bring Vader back in some form, likely in a cameo capacity.

But the villain’s big scene didn’t happen until John Gilroy, along with his brother Tony (writer), boarded the project to work on the film’s reshoots.

Clearly, it was the right choice as the scene has been a huge hit with fans. “Rogue One” now has a worldwide box office tally of $920.5 million.