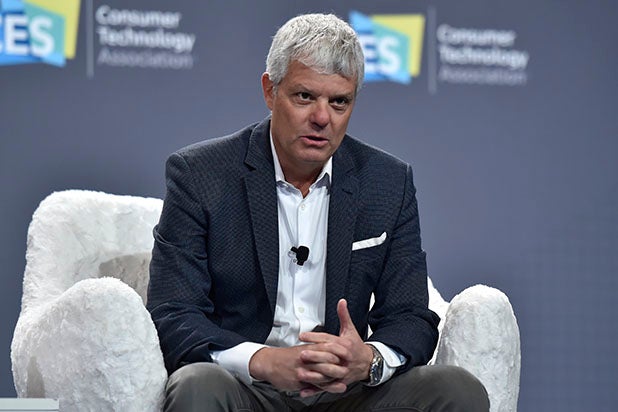 Turner President David Levy is leaving the company he’s worked at for 32 years and run for six. On Friday, Levy bid farewell to his staff.

“I am ready for a professional change,” Levy wrote in an email obtained by TheWrap.

“I have been very fortunate to work here, surrounded by so many gifted people,” he penned. “Along the way, I have made some lasting friendships with so many of you. To me, what makes Turner special are the people, past and present, who have shaped our culture. It’s what sets this company apart.”

Though Levy did not mention what he will do next, the now-former overseer of TBS, TNT, Cartoon Network, Adult Swim, Boomerang, truTV and Turner Classic Movies (TCM) said his “next few months will be filled with many new ‘firsts’ and experiences.”

Levy’s exit, which was first reported on Thursday, comes immediately after news that HBO CEO Richard Plepler would also be leaving his post. Turner and HBO’s shared parent Time Warner now exists under AT&T’s mighty banner, and that company’s chairman Randall Stephenson is placing his acquisition in the hands of John Stankey.

The Levy and Plepler departures came a day after the Wall Street Journal reported that former NBC entertainment president Bob Greenblatt was in talks with AT&T’s newly rebranded entertainment and content company WarnerMedia to head up a combined HBO and Turner under Stankey. The combined organization would reduce redundancies.

I have some news to share regarding an important career decision. When you spend nearly your entire professional career at one company, a decision like this does not come easy. I have spent a considerable amount of time during the past few months discussing the future landscape and vision of the company with John Stankey and the senior leadership team. After much consideration and more than 32 years at Turner, the past six years as the President of this great company, I have decided the time is right to leave my role.

I am ready for a professional change. It is hard to believe but I joined Turner back in 1986 and I have spent more than half my life at this great company (ok, contemplate that for a moment). Time moves quickly when you are having fun and doing work you truly enjoy!

It’s not easy to summarize everything in one note to truly express my gratitude and appreciation. There are too many great memories and experiences.

I walked into Turner when I was just 24 and took a role as an Account Executive. It was an exciting time to be part of an organization led by Ted Turner – one of the true pioneers and visionaries. I still can recall when Ted would come into our New York City offices and look to join us on a sales call. We would jump on a subway – no UBER or LYFT at that time – and the other riders would turn in amazement seeing Ted riding alongside them. And once we arrived at the client’s office no one was better at selling the vision of Turner and the burgeoning cable industry than him. He truly was the greatest closer!!

It was that maverick spirit Ted instilled during the early years of our company that motivated me to move forward and start the first sports sales team in 1990.

I’ve had the good fortune to work on so many different aspects of our business that took me around the world. Each stop along the way was filled with new challenges and an opportunity to learn something different. As each of you continue to manage your own careers, I encourage you to never stop challenging yourself to do more and always be willing to learn something new.

With the support of so many talented people, we have continually innovated and achieved success in entertainment, kids, sports, sales and distribution. Together we launched businesses around the globe; produced entertaining original programming throughout our portfolio; developed new, transformational, partnerships with the NCAA for ‘March Madness’ and MLB post season; expanded our relationship with the NBA to include a joint partnership managing the league’s digital portfolio; developed new distribution models for innovative consumer driven content across multiple platforms and, at the same time, continued to grow our relationships with our traditional distribution partners; we took initial steps in the direct-to-consumer space by launching new entertainment, kids and sports platforms; acquired new properties such as Bleacher Report and iStream Planet that will be key foundational business units moving forward; continued to transform and evolve in ad sales – from positioning our networks as “broadcast replacement” to showcasing the Turner Upfront during the “broadcast” week in May. Today, we are a leader in audience based and addressable advertising.

That’s just a small sampling of the amazing work and I feel a great sense of pride in what we have accomplished together. I also want to acknowledge and thank my terrific leadership team for their many talents and vision they’ve continually displayed overseeing some of the best brands in media.

As I reflect on my Turner career, I have been very fortunate to work here, surrounded by so many gifted people. Along the way, I have made some lasting friendships with so many of you. To me, what makes Turner special are the people, past and present, who have shaped our culture. It’s what sets this company apart.

The next few months will be filled with many new ‘firsts’ and experiences. I am confident that you all will show that true maverick spirit this company was founded on to march forward and continue the standard of excellence we have built and enjoyed.

It’s been an amazing journey to work with all of you. We’ve shared great times together, endured more than our fair share of challenges and continually set a high-standard for results, creativity and innovation. Thank you for the role you have played in our successes. It’s truly been a rewarding and humbling experience to work alongside you.

Turner has been a significant part of my life and I will watch from the sidelines as this company continues to produce more amazing moments.

My heartfelt thanks to everyone.