Newsmax host Rob Finnerty axed an on-air interview with David Litt on Monday after Litt brought up the network’s now-retracted coverage of Dominion Voting Software from the 2020 election. Litt challenged Finnerty by asking, “Are you still telling that lie or are you telling new lies?”

Litt, a speechwriter for President Obama, told TheWrap Monday, “I was surprised they invited me on — clearly they hadn’t Googled me.” He was ostensibly on Finnerty’s “Wake Up America” to discuss Elon Musk’s hosting gig on this weekend’s “Saturday Night Live” and, to be fair, he did do that. Kind of.

“What happened on ‘SNL’ this weekend was that people made stuff up, and then said it on television like it’s true and that actually happens pretty frequently on American TV,” Litt said, leading the conversation in a direction the Newsmax bookers probably should have seen coming. “For example, in 2020, Dominion Voting Systems sued Newsmax over its false claims about election fraud. Newsmax was lying to its own viewers and Newsmax had to settle that lawsuit, so, actually, I just need to check in: Are you still telling that lie or are you telling new lies?” 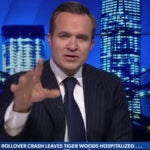 In his response, Litt made it clear which he chose: “Well, I could see why you don’t want to talk about Dominion Voting Systems because if you do, Newsmax could get sued and lose billions of dollars because these are lies.”

Finnerty fumbled a bit, telling Litt he was sure the speechwriter and author had stayed up all night preparing for the “funny moment.” Eventually, he ended the interview, then told his audience with evident sarcasm, “We look forward to having him back on very soon again. That was a stellar interview.”

“I was going to say no [to the booking request] but a lot of Newsmax viewers don’t realize how Newsmax had to apologize for lying to them, and this seemed like an good chance to make sure they heard about it. Plus after building a following spreading the big lie about the election … Newsmax wants to pretend it’s a legitimate source of reporting, and I don’t think they should get to do that,” Litt explained to TheWrap. “The host said I’m welcome me back but I suspect that’s another lie.”

Last month, a Dominion Voting Systems executive moved to dismiss Newsmax as a defendant in a defamation suit after reportedly reaching a settlement with the right-wing media organization. There is now a statement on Newsmax’s site about that executive, Dr. Eric Coomer, and Dominion. The statement walks back the network’s past coverage and apologizes to Coomer directly.

“Newsmax would like to clarify its coverage of Dr. Coomer and note that while Newsmax initially covered claims by President Trump’s lawyers, supporters and others that Dr. Coomer played a role in manipulating Dominion voting machines, Dominion voting software, and the final vote counts in the 2020 presidential election, Newsmax subsequently found no evidence that such allegations were true. Many of the states whose results were contested by the Trump campaign after the November 2020 election have conducted extensive recounts and audits, and each of these states certified the results as legal and final,” it says.

Watch Litt’s interview on Newsmax, below: