The race to get a John DeLorean movie made has taken another twist.

Alex Holmes, the writer-director behind HBO’s "House of Saddam," will direct the DeLorean feature project set up with XYZ Films and Time Inc. Studios.

The hiring of Holmes puts XYZ and Time in the driver’s seat, as another DeLorean project, from David Permut, has not moved forward with any director attached.

Brett Ratner is supposedly planning a DeLorean film as well — with Robert Evans producing and James Toback writing the script — but details of that film have been hard to uncover. Ratner is reportedly making the film under the umbrella of India’s Reliance Big Entertainment. 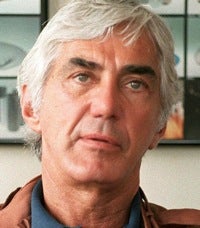 Even if the Ratner film goes forward, the XYZ project is the only one that has the approval of the DeLorean estate, run by his son, Zachary.

“There are other producers out there trying to make a movie about my father,” he said. “But this is the only one I’m standing behind, and the only one the DeLorean estate is allowing.”

Holmes recently wrote and directed HBO and BBC’s Emmy-nominated mini-series “House of Saddam,” and has adapted Robert Mazur’s book "The Infiltrator," about Pablo Escobar, for 2929 Productions.  Warner Bros and producer Paula Weinstein recently set Holmes to rewrite and direct "The Interpretation of Murder," based on Joed Rubenfeld’s novel.

DeLorean’s life came crashing down when he was caught in an FBI drug trafficking sting; he was eventually acquitted on grounds of entrapment.