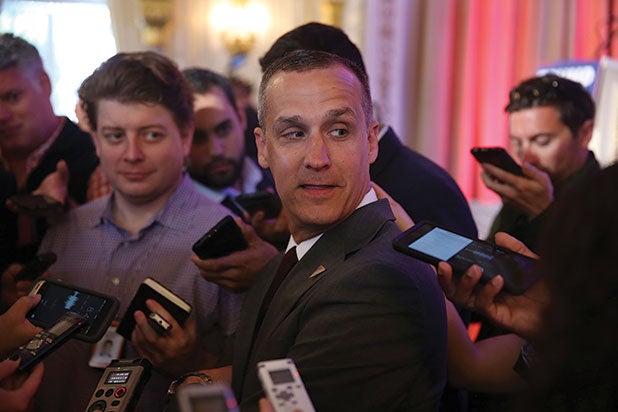 The agreement is a salaried position and will make Lewandowski exclusive to CNN, effective immediately.

CNN’s Dana Bash had a lengthy interview with Lewandowski on Monday, immediately after news broke that he was fired by the Trump campaign. Trump’s children are reportedly at least partially responsible for the decision to shake up the campaign, and Lewandowski told Bash he didn’t know why he was let go.

“But what I know is that what we’ve been able to achieve in this election cycle was historic,” Lewandowski said. “I had a nice conversation with Mr. Trump and I said to him, ‘It’s been an honor and a privilege to be a part of this, and I mean that from the bottom of my heart.”

In March, a group of female media members have sent a request to Donald Trump urging him to fire Lewandowski after he appeared to grab Breitbart News reporter Michelle Fields at a Trump rally. Trump stood by Lewandowski, telling TheWrap at the time of the incident that he “is absolutely innocent of this charge.”

CNN’s Mary Katherine Ham and S. E. Cupp were among the media members who signed the letter demanding the firing of their new colleague.

The news of Lewandowski’s hiring was first reported by Politico.