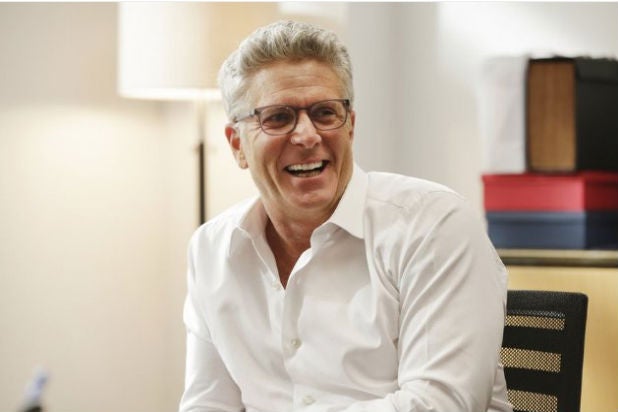 Donny Deutsch, star of the new USA Network series “Donny!” is well aware of his portrayal in the media and plays it up on the show.

“I play a more idiotic version of myself,” Deutsch told TheWrap. “I’m actually a pretty nice person, but in the media sometimes I get played as this very in-your-face, egotistical guy, so I figured why not make a cartoon out of that and make fun of myself?”

Deutsch is an ad man by trade, something that becomes abundantly clear in each episode of his new show, during which he takes a moment out to sell a real product.

“I do that in every episode. I break the fourth wall once. Those are paid ads,” he said. “I thought, ‘Who better than me to push the next genre of branded content and to own it and walk right into it?'”

In this week’s episode, Deutsch decides to go out with an age-appropriate woman for once and ends up scoring a date with supermodel Christie Brinkley (who plays herself).

“Donny!” is unique among TV comedies in that the actors on set frequently improv based on the script. “We use the term soft-scripted,” Deutsch said. “We start with a rough script, then we put the script away and we improv. Then we go back and write from the improvs.”

Deutsch said he is also well aware of comparisons between his show and Larry David‘s HBO series “Curb Your Enthusiasm.” “There’s not really a comparison because ‘Curb’ is legendary,” he said. “Hopefully what separates us is it’s fresh in a lot of different ways.”