Douglas Kuzma, a conservative radio host who contracted COVID-19 after attending a far-right gathering in Texas, died earlier this week.

His daughter, Amanda Kuzma, confirmed his death to the Daily Beast. She said he was a great father. 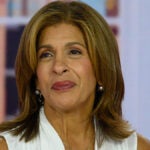 His friends told that outlet that Kuzma became ill after attending the far-right “ReAwaken America Tour” event in Texas, which happened in mid-December. Lin Wood, a prominent pro-Trump attorney, told his followers on Telegram at the end of last month that Kuzma had “taken a turn for the worse” after he was admitted to hospital.

“Doug is suffering from Covid after returning from a recent patriot conference,” Wood wrote, adding that the host’s lungs were “not responding to treatment. Another Telegram post around that time, from Kuzma’s employer the Frog News Network, said he was in need of prayers and had been put on a ventilator.

Kuzma is not the first vaccine skeptic to generate headlines in this way. Conservative hosts Phil Valentine and Marcus Lamb also died of COVID-19.