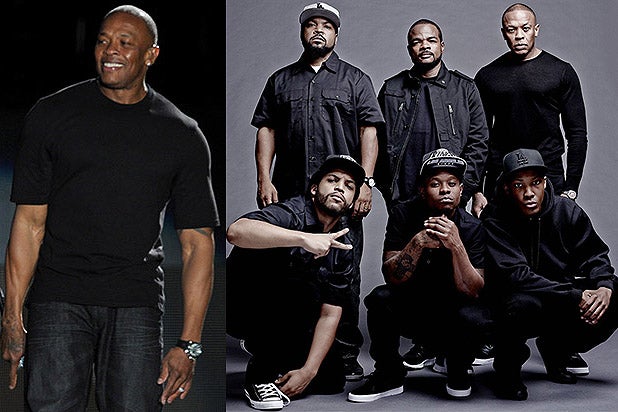 Dr. Dre is about to give his fans something they’ve waited 15 years to get — a new album.

The hip-hop mogul announced Saturday on his Beats 1 radio show “The Pharmacy” that his third solo album, “Compton: A Soundtrack by Dr. Dre,” will drop on Friday, Aug. 7, exclusively on iTunes and Apple Music.

Dre said the project was inspired by the upcoming feature film “Straight Outta Compton,” which traces the origins of N.W.A., the legendary rap group that made Dre, Ice Cube and the late Eazy-E famous.

“During principal photography, I felt myself going to the studio and being so inspired by the movie that I started recording an album,” Dre said.

“I kept it under wraps, and now the album is finished. It’s bananas.”

The 16-track project will feature Eminem, Kendrick Lamar, Ice Cube, Snoop Dogg and The Game, among others.

Set in the 1980s, the film “Straight Outta Compton” features Ice Cube’s son O’Shea Jackson Jr. playing a younger version of his father, Corey Hawkins as Dr. Dre and Jason Mitchell as Eazy-E. The Universal Pictures release is directed by F. Gary Gray and will arrive in theaters on Aug. 14.