The rapper Drakeo the Ruler was stabbed to death Saturday night while standing backstage just before a scheduled performance at the Once Upon a Time in L.A. music festival in Exposition Park, according to multiple reports. He was 28 years old.

Drakeo (né Darrell Caldwell) was stabbed in the neck during an altercation that happened backstage around 8:30 p.m. PT, according to The Los Angeles Times. He was transported to a local hospital where he died of his injuries, a rep for the rapper told Rolling Stone.

Reps for the LAPD and Drakeo the Ruler did not immediately respond to TheWrap’s request for comment. LAPD and the California Highway Patrol are leading the investigation. 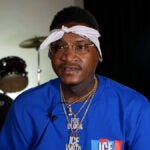 The festival was promptly shut down after the stabbing, canceling slated performances from headliners like Snoop Dogg and 50 Cent.

“There was an altercation in the roadway backstage,” organizers of the event said in a statement. “Out of respect for those involved and in coordination with local authorities, artists and organizers decided not to move forward with remaining sets so the festival was ended an hour early.”

Fellow rapper Drake posted a tribute to Drakeo the Ruler on his Instagram story, writing “Nah man this s— isn’t right for real wtf are we doing. Always picked my spirit up with your energy. RIP Drakeo.” The two collaborated earlier this year on the song “Talk to Me.” 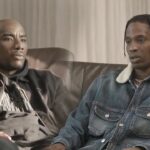 Drakeo the Ruler was known for his distinct deadpan style, and rose to fame in 2015 with the release of his first mixtape “I Am Mr. Mosely.”

In March 2018, the rapper was arrested and charged with first-degree murder, attempted murder and conspiracy to commit murder, all related to a December 2016 shooting in Carson, California. The rapper faced life in prison, but was acquitted of all charges in July 2019.

Later that year, he faced refiled charges of criminal gang conspiracy and shooting from a motor vehicle. Both counts resulted in a hung jury at his first trial. After serving time as part of a plea deal, he was released from custody in November 2020. While in prison, Drakeo the Ruler recorded his album “Thank You for Using GTL.”