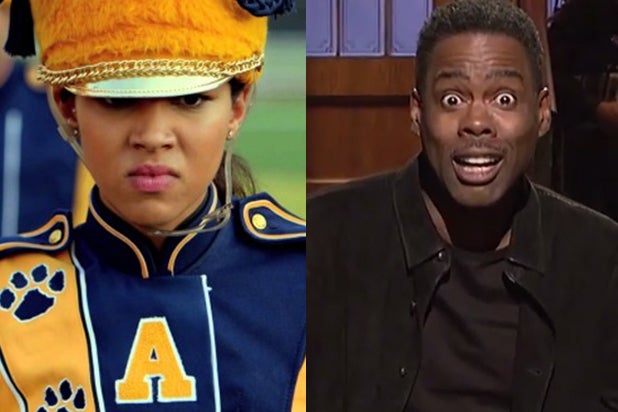 VH1’s follow-up to Nick Cannon‘s 2002 marching band movie “Drumline” was panned on social media, but in doing so reached a Twitter audience of over 3 million (on the back of 363,000 unique tweets), making it the third most tweeted-about programming event of the week.

Saturday’s episode of NBC’s long-running sketch comedy show “SNL,” meanwhile, ranked fifth thanks in part to host Chris Rock‘s controversial opening monologue and a subsequent sketch about the terrorist group ISIS. It reached an audience of nearly 1.7 million on 75,000 tweets.

Also read: ‘Drumline: A New Beat’ Is a New Disaster According to Social Media

“The Walking Dead” topped the chart, reaching a Twitter audience of over 4 million on 384,000 tweets. Other programs rounding out the Top 5 were FX’s “American Horror Story: Freak Show,” which placed second with over 3 million users reached on 222,000 tweets, and USA’s “WWE Monday Night Raw,” which had 1,825 reaches on 152,000 tweets and came in fourth.

As TheWrap previously reported, there was a mass of social media chatter after “A New Beat” debuted Monday, Oct. 27 on VH1, but little of it was good. Living room critics across the country expressed their displeasure over the Alexandra Shipp-centered sequel by attaching their negative comments to the Twitter hashtag #Drumline2.

“SNL” scored its Twitter hit, however, under more auspicious circumstances. While some critics did cry foul over Rock’s monologue — which touched upon a slew of hot button issues including the Boston Marathon Bombings, 9/11 and the commercialization of Christmas — but many of the comments were positive. Fans appreciated the episode’s edginess, as well as it’s musical guest — iconic rocker and pop star, Prince.

Rounding out the Top 10 were E!’s “Kourtney & Khloé Take the Hamptons,” both nights of NBC’s “The Voice,” and ABC’s “Scandal” and “Dancing With the Stars.”