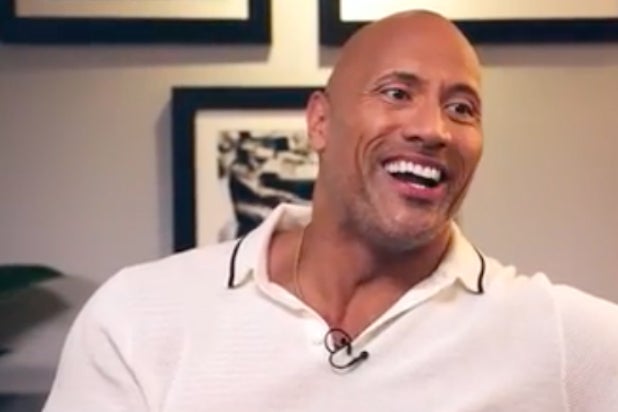 Dwayne Johnson is an executive producer for Quibi’s latest comedy series “Last Resort,” the streamer announced Tuesday morning. The series centers on a Polynesian family-run resort in Hawaii that finds itself in trouble when a tech billionaire puts in a bid to buy the land.

Johnson, along with Dany Garcia (“Baywatch”) will executive produce for Seven Bucks Productions, with Paul Feig (“Bridesmaids”) and Laura Fischer producing for Powderkeg and Sameer Gardezi producing for Break the Room. Hiram Garcia, Kevin Hill and Brian Gewirtz will also produce on behalf of Seven Bucks Productions. Hannah Kitziger will oversee the project for Quibi.

Co-founded by Johnson and Garcia, Seven Bucks Productions is a multi-platform production company that helped create “Hobbs & Shaw,” “Jumanji: Welcome to the Jungle,” and “Rampage.” Launched by Feig and Fischer’s Powderkeg and helmed by Sameer Gardezi (“Modern Family”), Break the Room was created to give a voice to underrepresented writers. Currently, the company is sourcing a writers room comprised of Hawaiian and Polynesian writers to be held in Hawaii later this summer.

“Last Resort” joins a growing library of content at Quibi, including the remake of “How to Lose a Guy in 10 Days” from Paramount TV, a new take on the 1993 thriller “The Fugitive,” and “Maple Worth Murders” from Lorne Michaels’ Broadway Video.

With more than $1 billion in funding from investors like Disney and Viacom, Quibi — short for “quick bites” —  is set for a spring 2020 debut. The service will offer mobile-only shows that run about 10 minutes or less. CEO Meg Whitman said she expects 75% of Quibi’s audience to opt for its $4.99 per month ad-supported offer, rather than its $7.99 per month ad-free deal. Quibi has already sold more than $100 million worth of ads, according to Whitman who shared the update at the Cannes Lions International Festival of Creativity in June.