Much like its subject, “Elvis” is one-of-a-kind, and now you have a chance to get the inside scoop on how Baz Luhrmann’s electric biopic was made with the film’s home video release.

TheWrap is giving away five copies of “Elvis” on 4K Blu-ray to five lucky fans ahead of the film’s 4K Blu-ray, Blu-ray and DVD release on Sept. 13.

All you have to do is sign up to enter our giveaway right here.

The film – which is also available to own on Digital – stars Austin Butler as The King himself, as the director behind “Moulin Rogue!,” “Romeo + Juliet” and “The Great Gatsby” takes a unique approach to telling his life’s story from the point of view of his conniving (and controlling) manager Colonel Tom Parker, played by Tom Hanks. 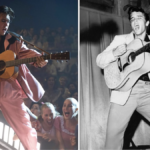 This is a cradle-to-grave biopic the likes of which you’ve never seen before, as Luhrmann infuses the film with an electricity that relays to modern audiences just how shocking (and striking) Elvis was in his prime.

The 4K Blu-ray includes the film on 4K UHD as well as a bounty of bonus features that include the following:

“Elvis” is also available to purchase on Digital and streaming on HBO Max right now. It hits 4K Blu-ray on Sept. 13. 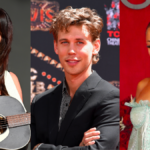 Also Read:
Here Are All the Songs in ‘Elvis’: Listen to the Soundtrack
x